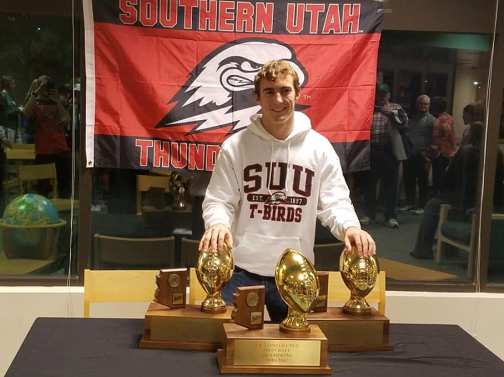 Morris won’t arrive on SUU’s campus until the Fall of 2022, after he fulfills his two year mission for his church.

Thatcher Athletic Director, Don Conrad, welcomed everyone to the signing day party by saying his proud and excited for Morris to get a chance to continue his education and football career at SUU. Conrad is a bit biased on the school, he was an All-American on the field and the Head Coach from 1983-1985, amassing a 14-14-1 record.

“The size of the town is similar to the Gila Valley,” said Morris. “I was there for two days and felt like I knew where everything was.”

Morris will compete on special teams and defense when he reports to SUU after his mission.