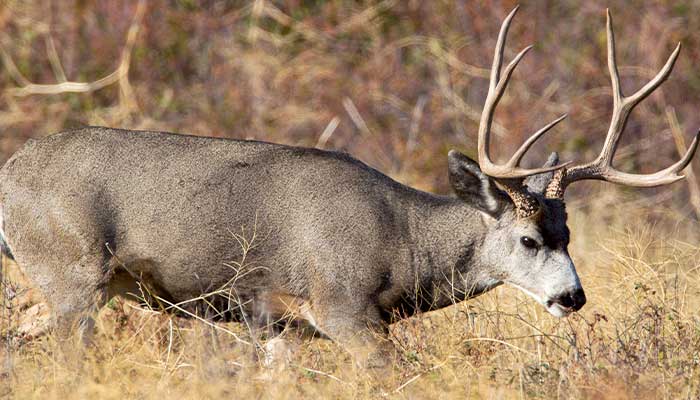 PHOENIX — The Arizona Game and Fish Department (AZGFD) has confirmed a disease event affecting some mule deer in the Yavapai Hills community and surrounding areas near Prescott.
After receiving reports in recent weeks from residents who observed deer that appeared to be lethargic, blind, walking in circles and unaware of their surroundings, AZGFD biologists collected tissue samples from three animals and sent them to a laboratory for testing. The results confirmed the presence of epizootic hemorrhagic disease (EHD) in all three deer, as well as bluetongue in one of the three animals.
These viruses only affect animals, primarily deer but also pronghorn, bighorn sheep, domestic sheep and cattle. The viruses are spread by culicoides midges, commonly known as “no-see-ums.” The midge populations dramatically increase as the result of summer monsoon rains.
“We detected these viruses in sick deer last year in Prescott Valley and around Kingman,” said Anne Justice-Allen, the department’s wildlife veterinarian. “We know these viruses have been present in Arizona because we can find antibodies in the blood of wildlife.
“Generally, we don’t see any significant disease because most of the susceptible wildlife have some immunity to the infection. It could be that we are seeing more this year because of several years of drought, meaning the animals were not exposed and did not develop immunity. The intense monsoon this year has caused a bloom of the midges exposing naive animals and leading to disease.”
EHD has been shown not to affect humans. While there is no evidence that the disease can be contracted by consuming venison that has been infected with EHD, the department always advises hunters not to shoot, handle or consume any animal that is acting abnormally or appears to be sick. Wear latex or rubber gloves when field-dressing a deer. All hunters are asked to contact AZGFD at (800) 352-0700 if they see or harvest an animal that appears to be sick.