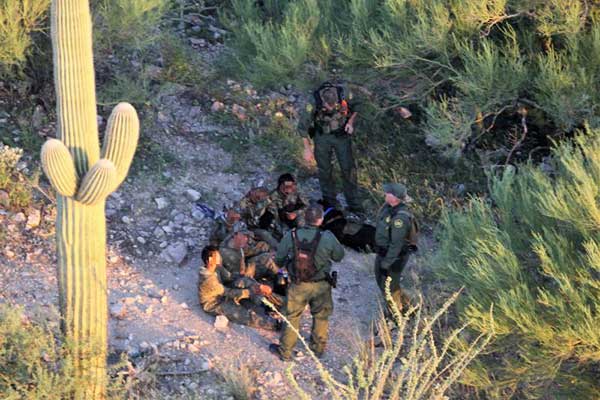 Brian A. Terry Station agents using land-based cameras south of Bisbee spotted multiple illegal aliens about a mile north of the international border. The OGS aircrew responded and directed agents to the location of five Mexican nationals, which included a mother and small child.

The group consisted of two females and three males, all between the ages 5 and 29. They were taken to the Border Patrol station and processed for immigration violations.

Operation Guardian Support continues to prove to be a valuable asset in the border security mission.  Thanks to the air assets and OGS personnel, the Border Patrol has been able to put more agents on the front lines.

U.S. Customs and Border Protection has a decades-long relationship working with the Department of Defense. The National Guard supports CBP with aerial detection, repairing border infrastructure and logistical support so that CBP resources can focus on enforcing immigration laws.