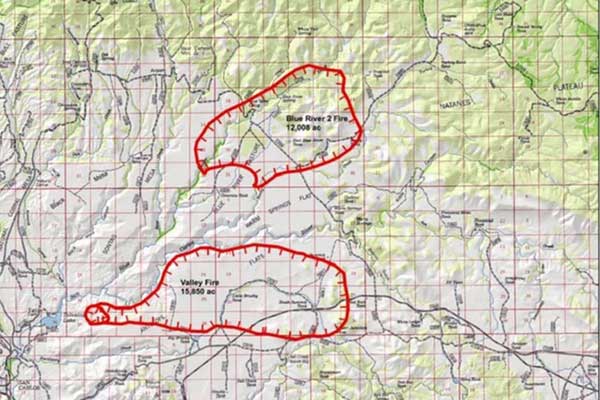 SAN CARLOS — One of the wildfires on the San Carlos Apache reservation is under control while the other has a long way to go toward containment.

A total of 430 personnel have been assigned to battle the fires.

Meanwhile the Bringham fire, 22 miles north of Morenci, is at 40 percent containment. That fire has burned 23, 142 acres.

And the Jackson fire, west of Safford, is at 95-percent containment and has entered the mop-up phase. That fire burned 2,946 acres.