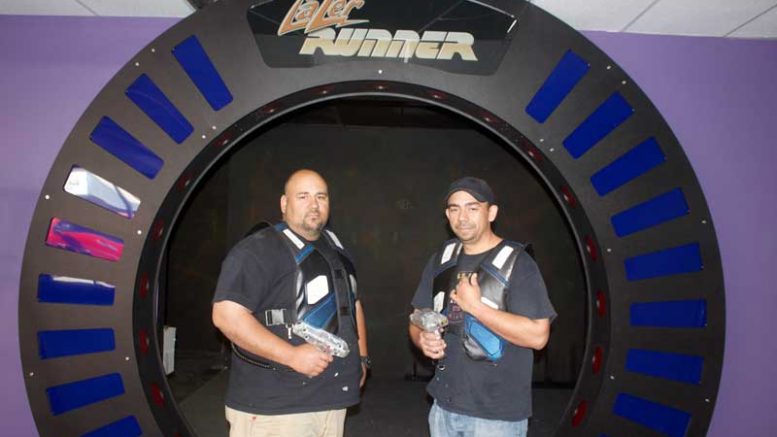 Jon Johnson Photo/Gila Valley Central: Brothers Aaron, left, and Carlos Montaño show off their gear as they get ready to open their Ultimate Lasertag in Downtown Safford on Friday, April 7. 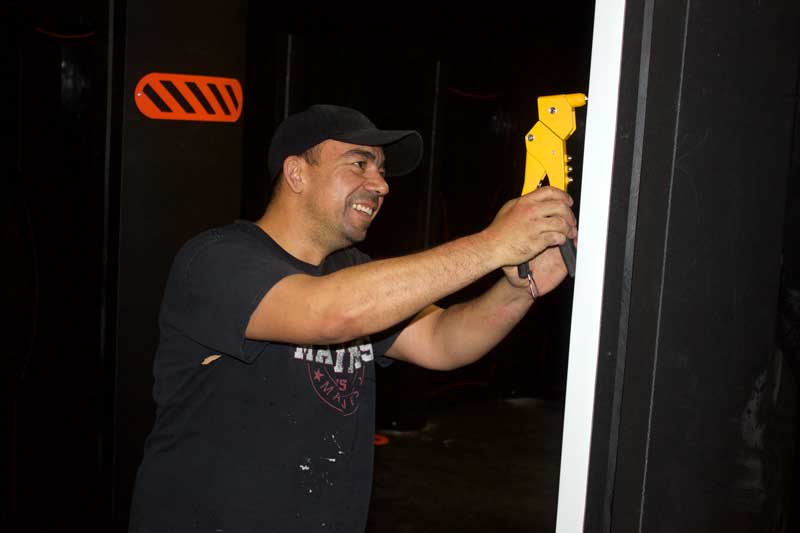 Brothers Carlos and Aaron Montaño have spent their free time away from their day jobs with Freeport McMoRan Copper & Gold Inc. converting the property Downtown to bring a family-friendly, wholesome and fun activity for the young and old alike.

“It’s something for our kids to do because there’s nothing,” Carlos said.

Aaron agreed but added that the facility wasn’t just for youth. 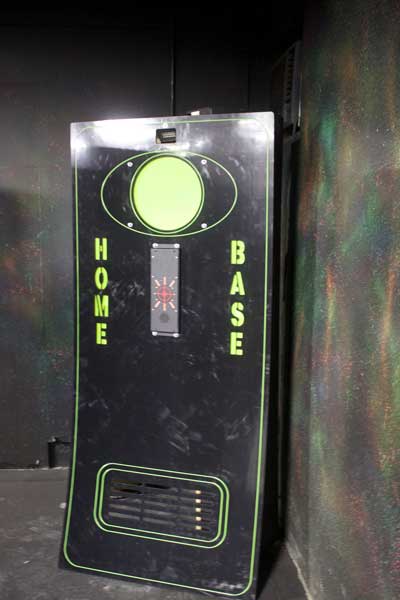 Jon Johnson Photo/Gila Valley Central: The game area will be lit by black lights and features automatic obstacles that shoot at players and home bases.

The building boasts a 2,000-square-foot gaming facility with home bases for both teams, various obstacles with reflectors and areas where the facility shoots at the players, all lit up under black lights.

Players initially gear up by donning a vest with six point locations on the front and back where the laser will register a point for a hit. A seventh point location is on the laser gun itself. After getting geared up, players are shown a quick informative video of how to play the game and then they are off into the arena.

After the game, players can look on the scoreboard to see how they did against their friends and others who played during their session and the top scores for the day.

In addition to the laser tag arena, the facility also has a lobby area with tables and chairs where people can congregate and enjoy refreshments while regaling each other on their exploits or waiting for another turn. So, if you’re looking for a family-friendly fun time at a reasonable price, come on down to Ultimate Lasertag in Downtown Safford, starting Friday, April 7 at 3 p.m.

Along with regular game play, the facility can be used for special events, and the Montaño brothers also look forward to promoting youth and adult laser tag leagues in the near future.

For more information visit the business’ Facebook page at www.facebook.com/UltimateLasertag07/.

This article is sponsored by Ultimate Lasertag.