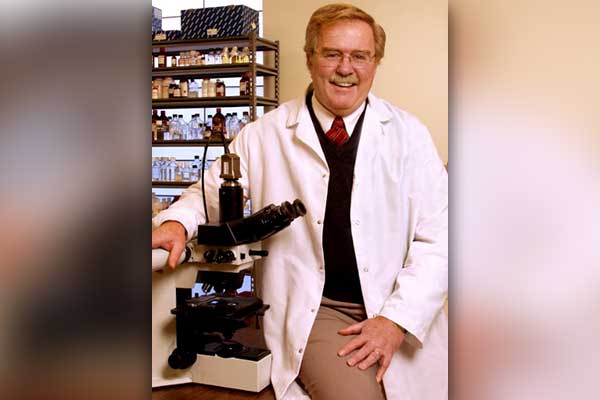 When Henry Ford invented the automobile, nobody wanted it.  People thought all they needed was a faster horse.

Likewise, when Tom Grogan, MD invented the cancer diagnosis instrument that ultimately revolutionized cancer care and is now used for 20 million patients per year worldwide, nobody in the medical community was interested in using it. They believed they could perform the same diagnosis by hand.

In his new memoir, Chasing the Invisible: A Doctor’s Quest to Abolish the Last Unseen Cancer Cell, Tom Grogan, MD, Founder and Chief Scientific Advisor Emeritus of Ventana Medical Systems, Inc., now Roche Tissue Diagnostics, tells the extraordinary story of the birth of a powerful new approach to cancer diagnosis and treatment —and the company and people behind it.

Equal parts an illuminating entrepreneurship journey and a touching personal memoir, Chasing the Invisible traces Grogan’s path from growing up the son of a CIA operative and working in a leper colony in the Philippines to founding a garage-floor startup that was ultimately acquired by a Swiss pharmaceutical giant in a multibillion-dollar deal.

To succeed in their mission of making cancer treatable and curable, Dr. Grogan and his team had to chase the invisible—both literally and figuratively.

Their instrument allowed experts to accurately identify the cellular characteristics of their patients’ disease so treatment could be personalized and reach every last cancerous cell. But they faced overwhelming hurdles, including investors’ lack of interest, a $50 million debt and protests from the medical community over the mission’s perceived futility.

Far more than a story of business, medicine and science, Chasing the Invisible is also a heartwarming story of creativity, community and caring. Driven above all by a burning need to give their patients the answers and the cures they yearned for, and by compassion for the individuals whose lives their work touched, Grogan and his team persisted undeterred. Their patients include a reindeer-herding Inuit woman in Alaska, dictator Muammar Khadafi’s sister, Dr. Grogan’s mother, his wife and, ultimately, Dr. Grogan himself.

Business leaders and entrepreneurs will take away many valuable lessons from the book, including:

Physicians, cancer patients, scientists and pharmaceutical leaders will also find wisdom such as:

Readers of all backgrounds will connect with Grogan’s warm, humorous voice and endearing humility. Couched in a series of conversations with Grogan’s 90-year-old mother, the book is interwoven with fascinating glimpses into the lives of numerous individuals whose imprint on Ventana’s creation is still felt today—from the Australian CEO who valued problem-solving over praise to an employee from Mexico for whom working at Ventana was the embodiment of the American Dream.

And because ultimately, to chase the invisible one must see it, the book includes Dr. Grogan’s personal illustrations of the cellular aspects of cancer his revolutionary instrument enables physicians to view.

Dr. Thomas Grogan, MD, is the Founder Emeritus at Ventana Medical Systems, Inc., now Roche Tissue Diagnostics, and Professor Emeritus at the University of Arizona College of Medicine]. A founding member of the International Lymphoma Study Group, Dr. Grogan has authored more than two hundred and fifty scientific papers and holds eighteen patents. Chief among his innovations is the automation of cancer pathology testing technology enabling physicians to accurately identify the genetic characteristics of their patients’ disease and manage their personalized treatment. His business and medical achievements have garnered numerous awards, including The American Cancer Society Gift of Life Award, the Ernst and Young Entrepreneur of the Year Award, and recognition in the Best Doctors in America, from 1991 until his retirement in 2017. Dr. Grogan is a husband, father and grandfather. He lives in Tucson, Arizona, with his wife of 52 years, Cande, who was a successful restaurateur.