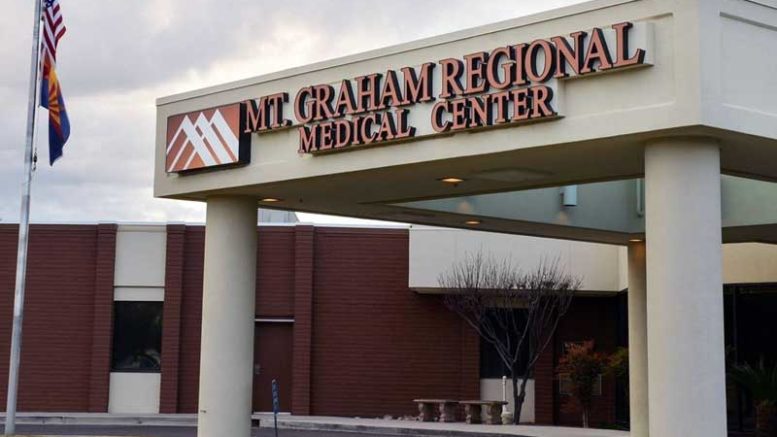 SAFFORD – Two stolen vehicles that were both at the Mt. Graham Regional Medical Center (MGRMC) and may have been taken by two separate men with mental illness have since been recovered. The first vehicle was recovered at the hospital while the second vehicle was stolen from the facility the following day and was recovered in New Mexico.

The first case began at about 5:45 a.m. on Saturday, July 22, when a man who appeared to be under the influence of methamphetamine arrived at the hospital. A Safford officer was already at the facility on another call and the man, later identified as Ted Henry, was taken in for medical evaluation. The car he was driving was parked in an ambulance bay, so a paramedic moved it to an employee parking area and returned the key to Henry, who was advised he was not to drive. 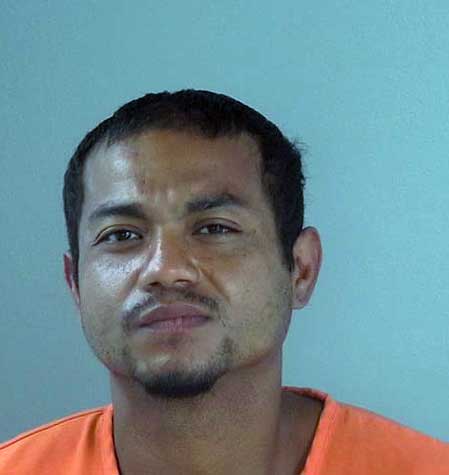 Contributed Photo/Courtesy GCSO: Ted Henry was booked into the jail on a charge of unlawful use of means of transportation.

A short while later, Henry left the hospital against the doctor’s advice and started to drive away, he then returned the car to the same parking spot.

Another officer arrived at the scene and learned Henry’s driver’s license had been revoked. The officer then gave Henry a ride to the Springhill Suites in Thatcher.

A short time later, a Thatcher officer was called to the hotel for a report of someone trying to break into cars and located Henry. During questioning, the officer located a woman’s wallet with a key attached to it in Henry’s duffle bag. When questioned, Henry said he had borrowed the car from an employee at Thriftee Food & Drug in Safford and that the key was attached to the wallet.

The Thatcher officer gave Henry a ride to the Court Street Apartments and then went to Thriftee to investigate, along with the original Safford officer.

Once there, they learned the owner of the car didn’t even realize it had been stolen and thought it was on the street by the store where he had parked it at 5 a.m. He advised the car doesn’t lock and that he left his wife’s wallet on the floorboard underneath the seat.

Henry was located at the Court Street Apartments and said he thought someone was chasing him, so he took the car because he thought he had permission to borrow it and the key was in the ignition.

Henry was then booked into the Graham County Jail for unlawful use of means of transportation, and the victim was given a ride to pick up his car.

The following day, officers were dispatched back to the hospital at about 6 p.m. regarding a stolen 2015, red Jeep Cherokee.

The victim, who is an employee at the hospital, said he parked his Jeep at about 6 a.m. when he arrived for work and when he went to leave for the day it was gone. He informed the officers that he had a tracking device on the Jeep and that it showed it had been stagnant between Alma and Luna in New Mexico for about an hour. The Safford officer then requested Graham County Dispatch apprise the New Mexico State Police of the situation.

At about 9:18 that evening, a deputy with the Catron County Sheriff’s Office in New Mexico informed local police that they were with the reported stolen vehicle but the person with the Jeep said he was the owner.

The real owner of the Jeep was contacted and said he wasn’t with his vehicle in New Mexico. The subject in the Jeep, identified by the deputy only as “John Doe” was then taken into custody and transported to Gila Regional Medical Center in Silver City for a mental illness evaluation. The Jeep was towed from the scene, and the victim was given Catron County’s dispatch contact number so he could arrange to recover his vehicle.