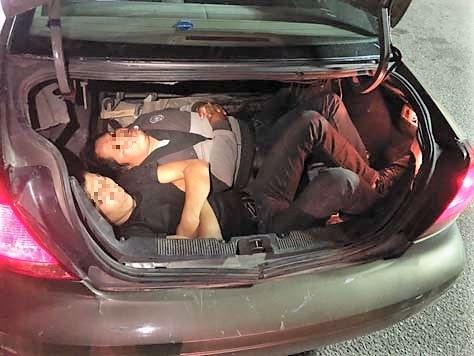 Agents working the primary inspection lane referred the woman for a secondary inspection of her Ford Taurus. When agents opened the vehicle’s trunk, they discovered the two men inside, ages 21 and 24.

Agents arrested the driver, identified as a U.S. citizen, for human smuggling and seized the vehicle. The Mexican nationals were processed for immigration violations.