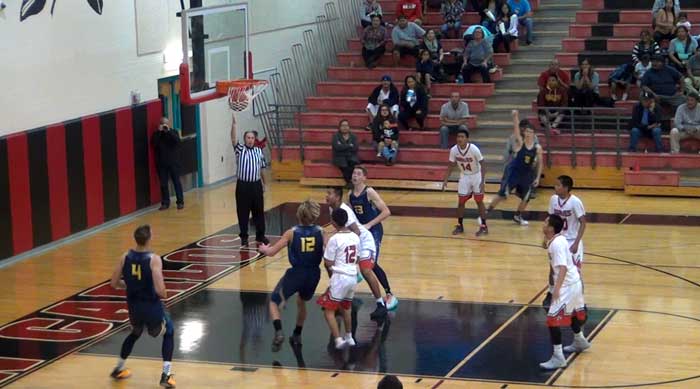 SAN CARLOS – The Pima Roughriders (4-0) survived a 3-point barrage from the host San Carlos Braves (3-1) on Wednesday to pass their first true test of the early season, 59-55.

Pima was led by a double double from Justin Kartchner, who had 11 points on 4-5 shooting to go with 11 rebounds. Kartchner’s twin brother, Jarrett Kartchner, was the high scorer for the Roughriders with 12 points, but he had an off shooting night, going 4-13 with six rebounds and two blocks in a hard-fought, scrappy game.

“Even though we struggled at times taking care of the ball, maybe missed some assignments, we came through at the end,” Pima head coach Cliff Thompson said. 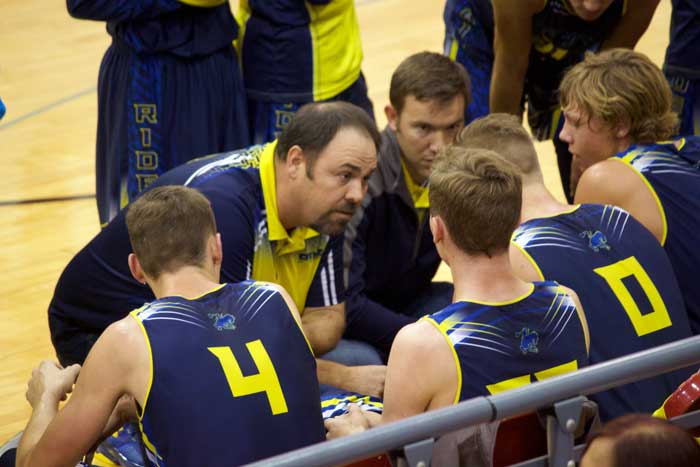 San Carlos knew it would have to be successful from beyond the arc to win the game, and it certainly bombed away. But it was the Roughriders who came out in the first period stroking the three, starting on the first offensive possession when Jarrett Karchner tickled the twine from the right baseline to open the scoring. Pima went on to hit three, 3-pointers in the opening stanza to none for San Carlos and led 14-9 after one period of play.

That changed in the second period as John Cutter Jr. came alive for the Braves and scored eight of his game-high 19 points to bring San Carlos back within one as Pima held tenuously onto its lead entering halftime, 28-27. While the match wasn’t decided until the last seconds of the game, Pima never trailed. San Carlos did end up winning the 3-point battle, however, eight to five.

Turnovers and rebounds played a key role for each side as San Carlos won the turnover battle 7-16 and Pima, in turn, had the rebounding edge, 41-21. While Pima broke San Carlos’ full-court press throughout the game for the most part, the constant hounding of the ball led to some less-than-usual turnovers for the normally sure-handed and sure-headed Roughriders. 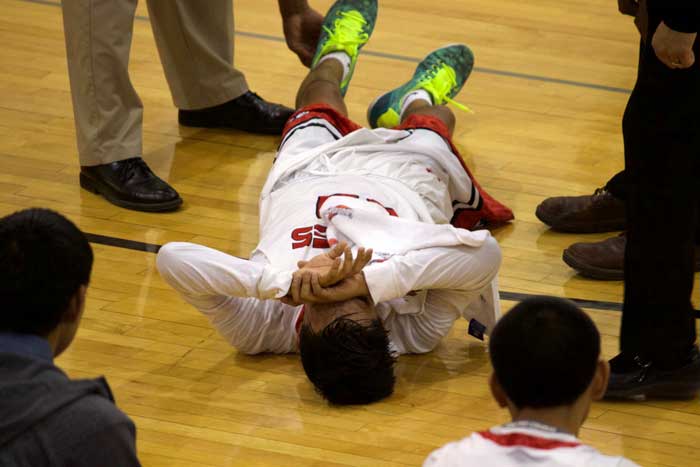 While Pima only ran seven deep for the game, the play of backup guard Manuel Rivera lifted them in the first half as he made big play after big play. Rivera hit a 3-pointer in the first period and then had two and-one opportunities while somehow getting the ball to fall through the net on wild layups after being hacked. Rivera made good on one out of two of those opportunities and finished the game with eight points.

The shooting woes dogged the normally smooth-shooting Alek Pruszynski as well, as he went 3-13 for 10 points and seven rebounds. Pruszynski would hit some big free throws at the end of the contest.

In a mirror image of the Kartchner brothers. Pruszynkski’s brother, Dawson Pruszynski, also had a good shooting night in contrast, going 4-8, just missing a double double of his own with eight points and nine rebounds.

While San Carlos got within two points, 54-52, with about a minute left in the game, Pima hit 5-8 free throws down the stretch, and that was enough to leave the building with the win, 59-55.

“It’s not the last time we’re going to see a scrappy team reaching for the ball,” Cliff Thompson said. “We have to be strong and take care of it.”

In Thursday night action, the Pima Roughriders bounced the Willcox Cowboys back to the corral, 86-42. Justin Kartchner reportedly scored his jersey number in the contest with 23 points. Pima’s next game will be home against Tombstone (1-1) on Dec. 5.

Once again mirroring the boys (or perhaps the boys are mirroring them since they play first) the Pima Lady Roughriders (3-1) squeaked out a win over the San Carlos Lady Braves (1-3), 53-47. 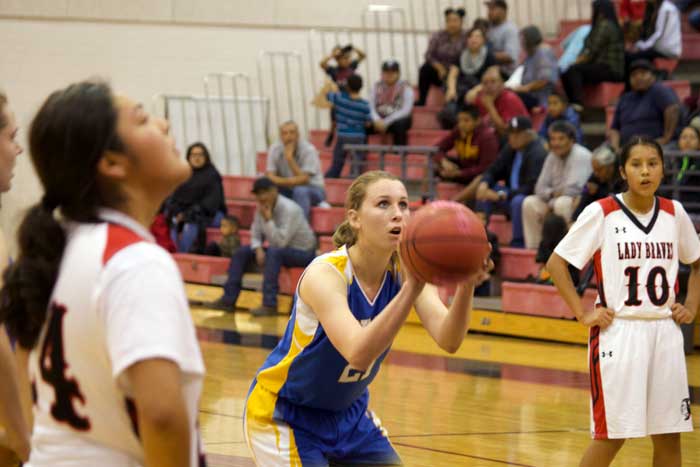 It looked to be in the bag with a late steal and an unabated trip to the bucket, but the referee said San Carlos called a timeout before the play.

Nonetheless, San Carlos couldn’t make up the points as Pima swarmed on defense in the last minutes to preserve its victory.

Tombstone digs own grave against Pima