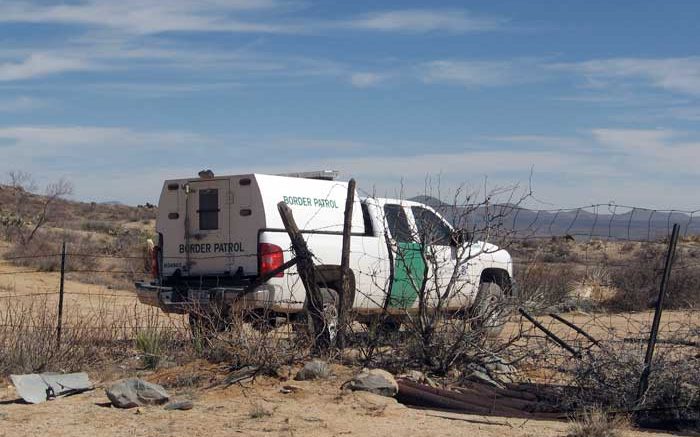 Photo By Dexter Oliver: A Border Patrol agent sleeps in his truck miles from the border.

The U.S. Border Patrol (BP) has authority to operate up to 100 miles from any U.S “external boundary”. Many people would be surprised to realize towns such as Duncan and Safford fall within this swath north of our border with Mexico. One sees the word “border” on the ubiquitous white vehicles with a broad green stripe and figures it means what it says; but it doesn’t.

The fourth amendment of the U.S. Constitution theoretically protects us all from “random and arbitrary stops and searches” – except at our borders. Because BP has certain extra-Constitutional powers, such as operating check-points miles from the border, the American Civil Liberties Union has found that agents routinely ignore or misunderstand the limits of their authority within this 100 mile area.

This strains relationships with residents of small towns, ranchers and tourists but that is only the tip of the iceberg. Although BP’s motto is “Honor First”, the unfortunate facts contradict such hubris. Customs and Border Protection Commissioner R. Gil Kerlikowske listed inappropriate conduct, alcohol and drug arrests of agents, excessive use of force, systemic abuse, drug and people smuggling, domestic violence, as well as controversial shootings, including deadly cross-border confrontations, as just some of the problems currently inherent within BP. 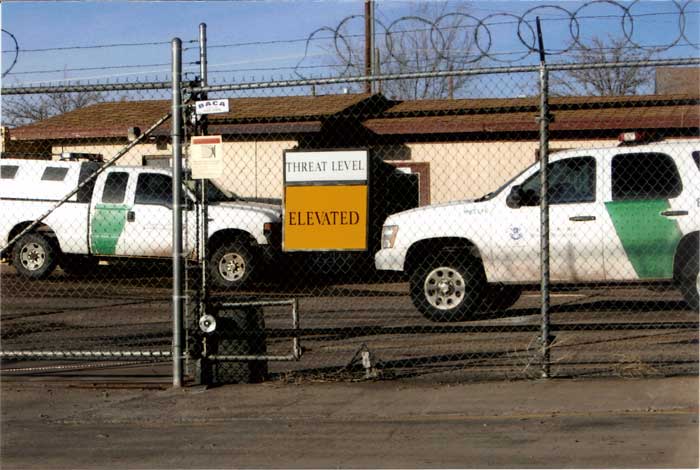 Change has been way overdue. Mark Morgan, an ex-Marine who was the interim head of Customs and Border Protection’s internal affairs, the FBI’s top agent in El Paso, Texas and the assistant director of training for the FBI, was recently hired to head the BP. Kerlikowske hand picked him for the Herculean task of cleaning up the mess. It was the first time in the BP’s 92-year -old history that someone who hadn’t come from the agency’s ranks would be the top dog and there has been immediate push-back.

The National Association of Former Border Patrol Officers (NAFBPO) expressed its displeasure and vaguely threatened repercussions if Morgan didn’t prove satisfactory to them. These are the same people, many of them disgruntled ex-employees, who didn’t have the integrity to “rock the boat” while they were actually working within the system they now claim they knew was perverted. Like too many people working for government agencies, the lure of that pension often allows ethical behavior such as speaking out against wrong-doing to take a back seat. I have seen it over and over again working for the U.S. Forest Service, the U.S. Fish and Wildlife Service, and the Arizona Game and Fish Department.

The BP has a well-deserved reputation of closing ranks and addressing internal matters behind closed doors. This has always been contradictory to the mantra about “transparency” coming out of Washington, D.C. The secretive, in-house investigations into shootings are perhaps especially disturbing. Roughly four dozen people have been killed in altercations with BP agents in the past ten years and many of them, including one near Bisbee, where one BP officer shot and killed a co-worker, are swept under the rug and never explained to public satisfaction.

Other law enforcement groups in the Southwest consider the BP as a “rogue or renegade” institution that has been run for too many decades by a “good old boy” system that defines corruption. With more than 21,000 BP officers, more than double the number in 2004, and with top officials having been allowed to retire before being indicted for criminal actions, the BP is indeed “in chaos”, as was stated by Mother Jones magazine.

As a border state, we can only hope that with Mark Morgan now at the helm the officers under him will soon be toeing the line, both figuratively and literally. Some BP employees claim “it’s a sad day for the agency” with his being hired. Commissioner Kerlikowske has said Morgan’s job will be “a heavy lift”. The endemic cultural and policy problems that need to be addressed and fixed within the BP will take a strong guiding hand. The citizens within 100 miles of the border deserve such relief and can only hope this is not just a symbolic appointment.

Dexter K. Oliver has worked along the border interacting with Border Patrol officers, both good and bad, for decades.