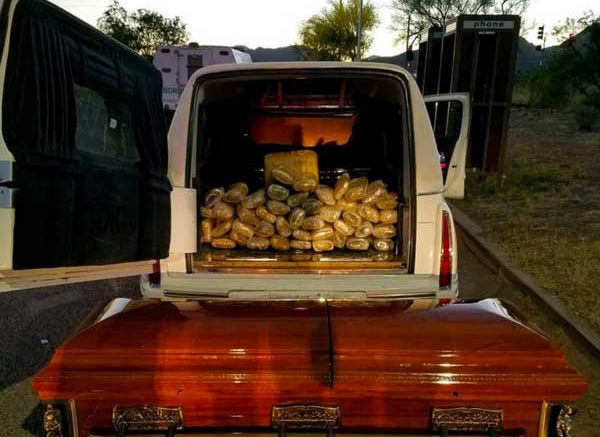 TOMBSTONE (AP) – Border Patrol agents working an immigration checkpoint in southern Arizona seized 67 pounds of marijuana that was being smuggled inside of a casket.

Agency officials say a hearse carrying the casket was stopped Saturday evening on Arizona 80 near Tombstone.

A canine unit was brought in after the hearse driver gave inconsistencies in his story, according to Border Patrol officials.

The drug-smelling dogs alerted agents despite several bags of manure that had been placed inside the casket in an attempt to conceal the marijuana odor.

The marijuana has an estimated street value of more than $33,000.

The 28-year-old driver was arrested and is facing narcotics smuggling charges.

Authorities say the man is a U.S. citizen. His name still hadn’t been released by Monday.