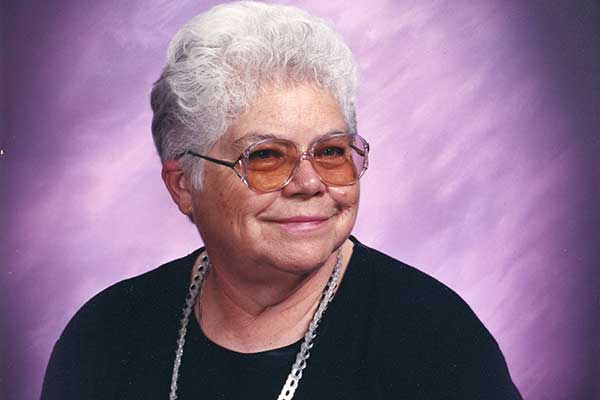 She was born in Somerset, Pennsylvania, to the late Charles and Pearl Uphouse on July 10, 1933. It was in Somerset that she met and married her husband of 48 years, Bud Cremeans, whom she is now gloriously reunited with in heaven.

Tillie and Bud moved to Safford in 1971 and began to make new friends and a new life for themselves. Tillie began by working in the cafeteria at Thatcher Schools, but later retired from Taco Taste after 31 years.

She and her husband loved to travel, camp, and fish in their spare time. As long as anyone can remember, Tillie was passionate about crafting and crocheting. She and her close friends loved attending and participating in craft sales together.

Tillie was a member of the First Southern Baptist Church in Thatcher since 1971 when she first moved to Safford. She was also very involved with the Senior Citizen Center in Safford, where she was a treasurer for several years.

Tillie was predeceased by: her husband, Bud Monroe Cremeans; and her sister, Hazel Rininger.

Funeral services for Tillie will be conducted Monday, October 21, 2019, at 10:00 a.m., at the First Southern Baptist Church of Thatcher by Pastor Dustin Willey. Concluding services will follow in the Safford Cemetery.