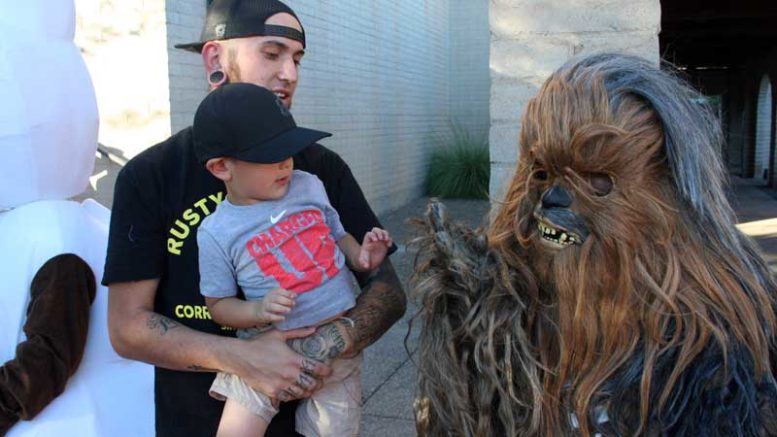 Photo By Gualterio Casias: This youngster appears to be on the verge of being terrified, or at least scared, as his dad holds him up to meet Chewbacca at the annual Freeport McMoRan Company Picnic on Saturday, Aug. 16. There were other costumed characters, but none appeared quite as unsettling as the Wookie.

MORENCI – The ages, shapes, and sizes of the thousands attending the Freeport McMoran annual Company Picnic on Oct. 14 covered the entire spectrum. There were babes in arms or strollers and those with several years of retirement under their belts. 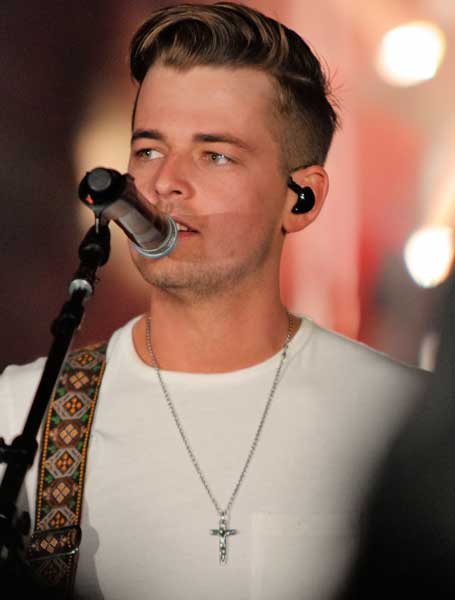 The fact that every bit of parking space was taken up in the Morenci Plaza testified to the fact it was a very large crowd that attended the event.

There was a variety of entertainment that included rides for children and excellent music provided by the Nashville-based group Savannah Jack during much of the afternoon. The big show was Saturday night headlined by country music star Chase Bryant.  He had the crowd dancing and jumping up and down as well as people in the crowd singing along with him on certain songs.

Many rushed to a booth where they bought  T-shirts and sweatshirts emblazoned with the singer’s name. Had the concert been held in the  Morenci High School gymnasium, it would have undoubtedly been a packed house. Many youngsters were dancing near the front of the stage while mamas and papas with babies in strollers tapped or bounded on their feet to the rhythm of the music.

One can imagine the coyotes, bighorn sheep and mountain lions that live around Morenci may have wondered what all the noise and the people were all about. 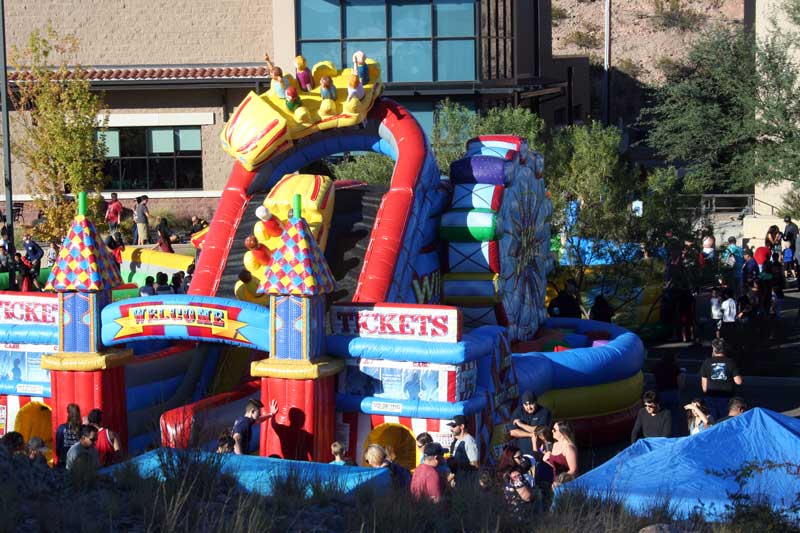 Photo By Gualterio Casias: This giant slide was among the favorite rides enjoyed by children at the picnic.

The picnic provided an opportunity for people who had not seen each other recently, or perhaps a very long time, to visit and exchange information about what they and their families are doing now. Among them were Julio Tavison and Emilio Rojas. Both retired when the Morenci mine was owned and operated by the Phelps Dodge Corp. which sold the mine to FMI in 2007. 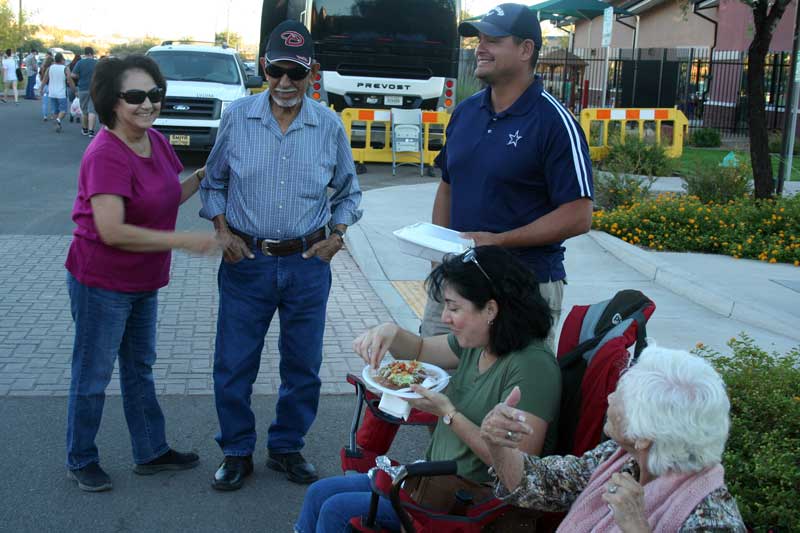 Photo By Gualterio Casias: The Emilio and Josephine Rojas family enjoys a light moment at the annual Freeport McMoran Company Picnic in Morenci on Oct. 14. Emilio is wearing a striped shirt and Josephine, far right, gestures with her hands. Emilio, who is in his 80s, is a retired copper miner. He was among the many retirees who attended the event.

FMI is the world’s largest publicly traded copper company. It is also a global mining giant. The Morenci facility is the largest operating open pit copper mine in North America. 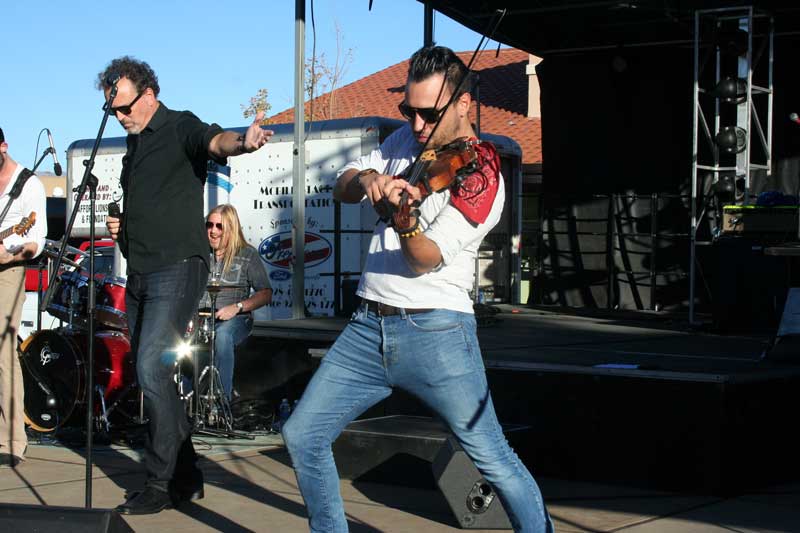 Photo By Gualterio Casias: Savannah Jack fiddler Jay Smith goes to town while playing his fiddle during the band’s rendition of “The Devil Went Down to Georgia.” Smith later thrilled the crowd by playing “Orange Blossom Special.” Both songs require plenty of energy and drive.

Rojas, who is in his 80s, and wife Josephine attended the picnic with at least three generations of the family represented. Tavison, 91, and Rojas enjoyed some time visiting and catching up on what each has been doing. 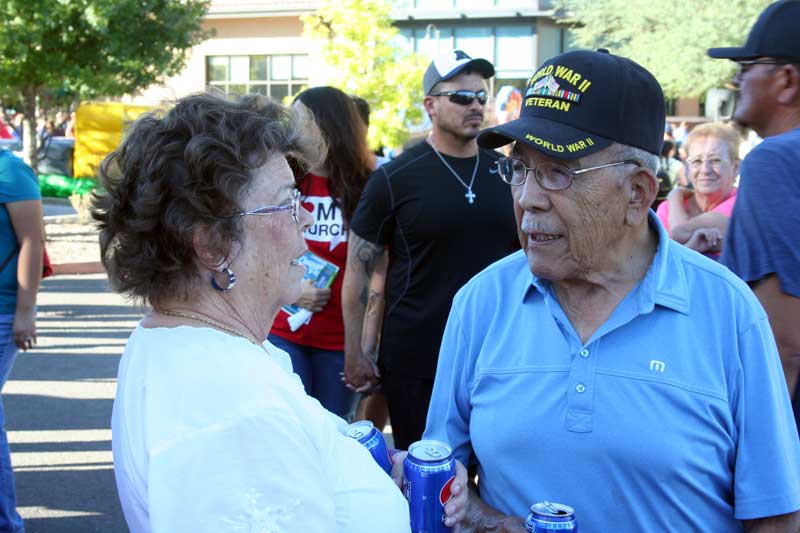 Photo By Gualterio Casias: Kathleen Tavison and husband Julio discuss events at the annual Freeport McMoran Inc. Company Picnic in the Morenci Plaza on Saturday, Oct. 14. Julio, 91, a World War II veteran, retired from working at the giant Morenci copper mine when it was still owned and operated by Phelps Dodge. After retirement, he served as a mine tour guide. That is how he and Kathlene met.

Tavison, after retirement, led groups of people on mine tours. That is how he met wife Kathlene. She said she had been divorced for 20 years and was living in Olympia, Wash., and was visiting Arizona when she decided to visit the Morenci mine.

“I swore that I would never remarry,” she said. “But then I went on that tour and met that wonderful man,” nodding her head toward Tavison. “Believe it or not, 10 days later that tour guide and I got married.” 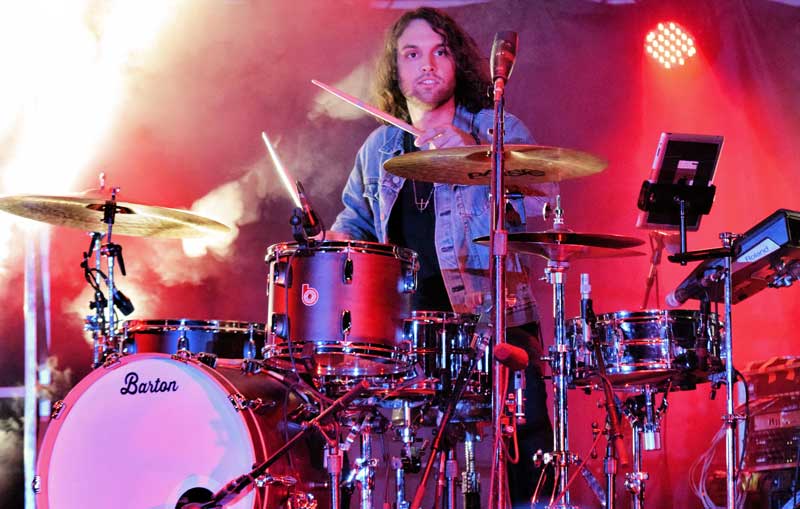 Photo By Raymundo Frasquillo: The music was one of the bigger draws at this year’s event.

Julio served on the Clifton Town Council in the 1960s and was a strong backer of the Clifton Hill Climb, an auto race that was revived three years ago. The Rojas family is highly thought of in Clifton.

Morenci Community Center Director Steve Richardson appropriately wore a yellow T-shirt. Throughout the day and night, he was as busy as the proverbial bee. He was at the center of organizing the annual picnic. No matter how busy or stressed he may have been, he always wore a smile. 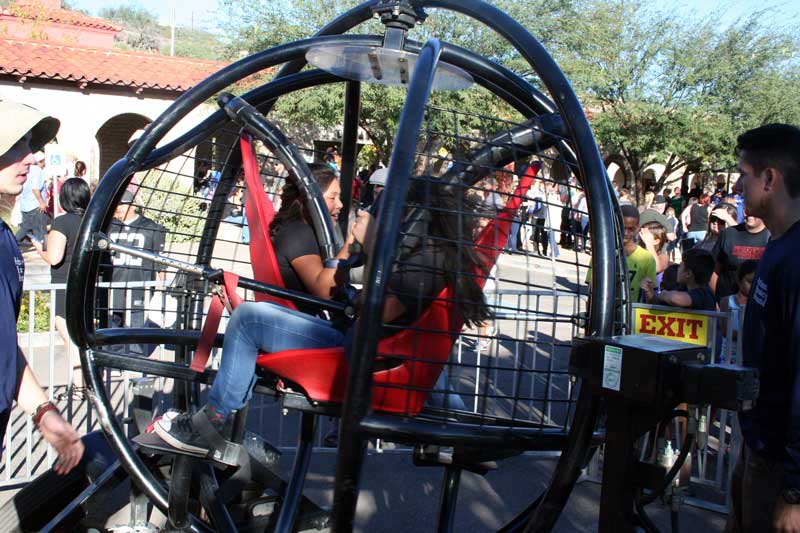 Photo By Gualterio Casias: A girl appears to hold on for dear life in this sphere-shaped ride at the Freeport McMoran Company Picnic on Saturday, Aug. 14. There was plenty of entertainment for kids at the event held in the Morenci PLaza.

There were also many, many smiles among picnic participants. Everything was free. that included the food at various vendor stands and beverages provided by the local Pepsi distributor. There were long lines leading to the Morenci Club where entire pizzas were given away. Some folks walked away with as many as two or three of the pies. 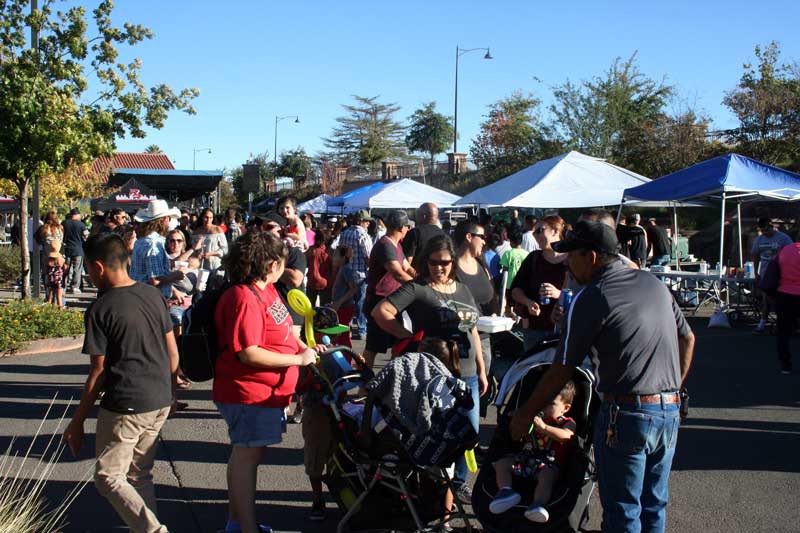 Photo By Gualterio Casias: The annual Freeport McMoRan Inc.’s annual Company Picnic drew thousands to the Morenci Plaza on Saturday, Oct. 14. Attendees ranged from babies in strollers, their parents and many retirees. There was plenty of food and entertainment for everybody. All of the food and day’s activities were free.

Greenlee County Sheriff’s deputies were on hand in the event of any problems, but none arose. A reporter briefly spoke with two deputies as night fell. One of them said a factor in the picnic being a peaceful event is that no alcohol was served nor was any allowed on the grounds. 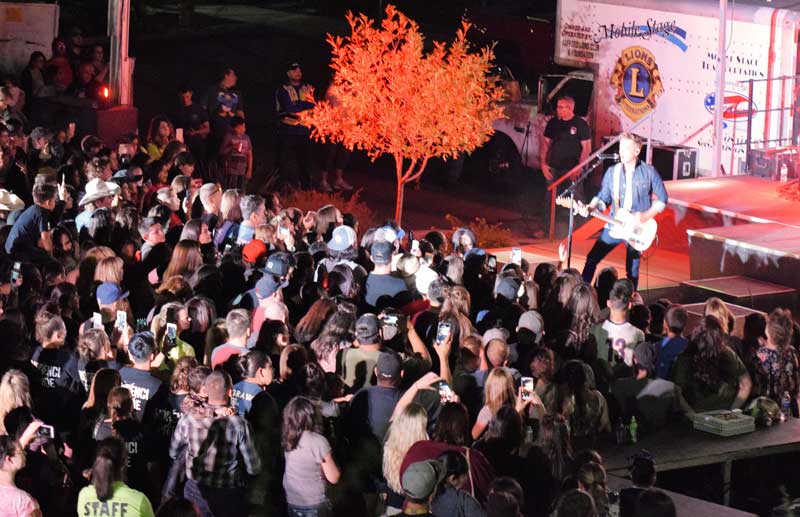 Photo By Raymundo Frasquillo: A fun time was had by all in attendance at the picnic.