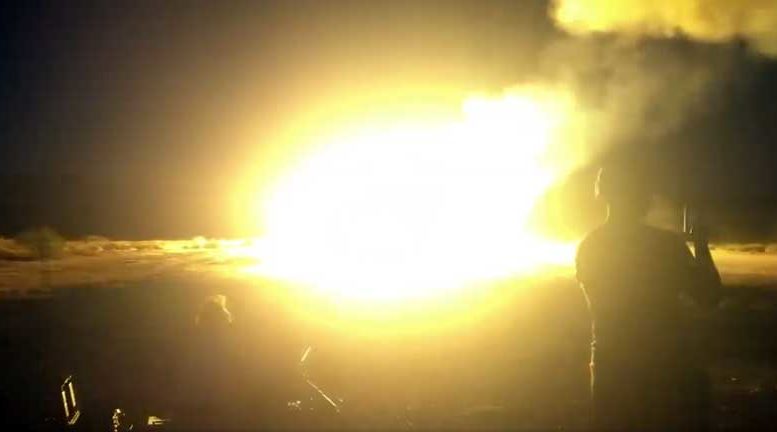 Contributed Photo/Courtesy Tracy Norton: The explosion that rocked the Gila Valley on Saturday was just a group of firearm enthusiasts sending off a fallen friend in a grand manner by exploding gunpowder at a memorial shoot at the Safford Dry Lake Park rifle range.

SAFFORD – Mayson Shultz was passionate about Prii (that’s the plural for Prius according to Toyota) and firearms. It was his love for the latter that got a number of people in the Gila Valley talking about the big explosion Saturday.

Shultz, who ran A-1 Autos in eastern Safford, passed away earlier this year in May after battling cancer. In honor of his birthday (Oct. 16), a memorial shoot was held Saturday at Safford’s Dry Lake Park rifle range. 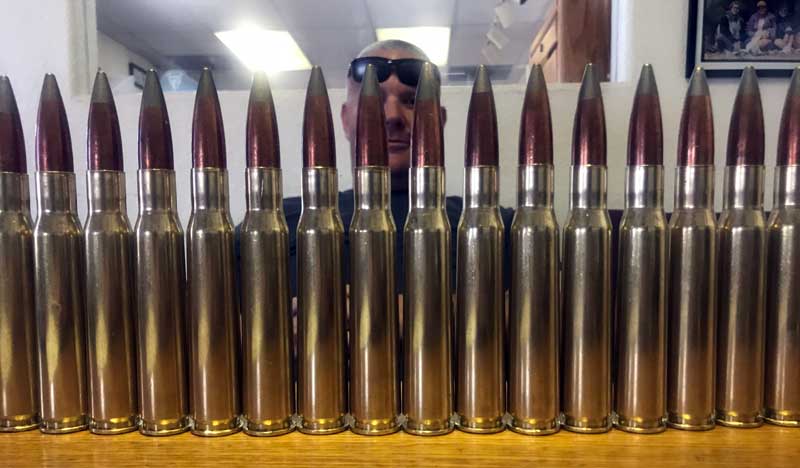 Contributed Photo/Courtesy Kaycee Shultz: Tracy Norton peers behind .50 ammunition he loaded with ashes of Mayson Shultz as per his last wishes.

Shultz’s wife, Kaycee Shultz, told Gila Valley Central that the fun shoot at the range was the perfect send-off for her husband from his friends.

“Mayson was out at the gun range a lot,” Kaycee Shultz said. “He was always meeting people out there. He was always teaching someone out there, and so we said what a great thing it would be to have a gun shoot for him.” 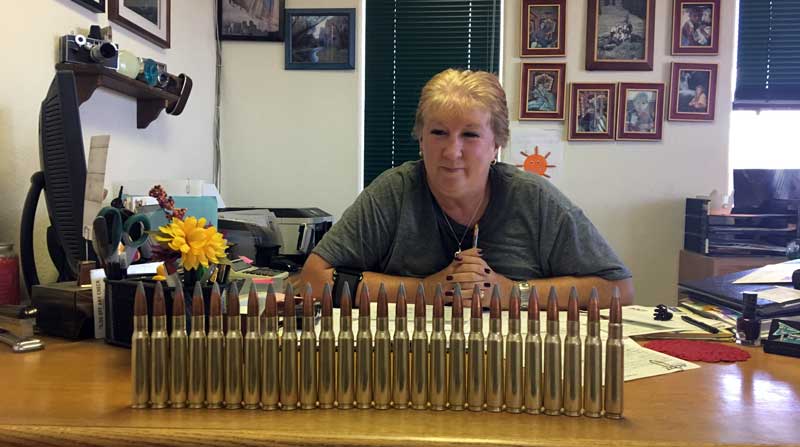 Contributed Photo/Courtesy Tracy Norton: Kaycee Shultz looks over the .50 ammunition loaded with ashes of her husband, Mayson Shultz. She said the memorial shoot was the best send-off for her husband she could have imagined.

It was out at the range where Mayson first met Safford Police Sgt. and co-owner of Patriot Munitions LLC., Tracy Norton, after Norton and another friend were firing a mini-gun that piqued Mayson’s curiosity.

The love for firearms drew the two together and they became close friends. Norton said a highlight of his friendship was managing to have Mayson go up in a helicopter and fire a Dillon M134 mini-gun from the air that was mounted on the machine. 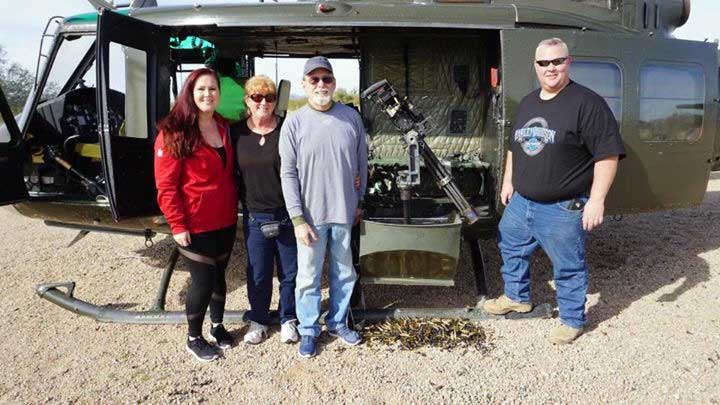 Contributed Photo/Courtesy Tracy Norton: Mayson Shultz got to experience shooting a mini-gun from a helicopter in January thanks to connections through his friend, Tracy Norton. Shultz and his daughter and wife, Kaycee, pose in front of the helicopter with Norton on the right.

Norton told Gila Valley Central that organizing the event, including the grand finale that featured a large amount of scrap gunpowder in cardboard drums that exploded with such ferocity people from Solomon questioned what had blown up, was the best way he could think of to say goodbye to his friend.

“We wanted to do a special shoot in memoriam for his birthday and we did it a couple of days early because that’s when his family could come in from Phoenix,” Norton said. “The finale was the powder that was supposed to be a send-off and a fireworks show and it turned out to be a fireworks show . . . It was fun, and in my opinion, it was the right way to send him off. I think he was smiling down. I really do.”

Steve Carter documented the event and put together the following video.

The gunpowder is swept up from the floor during the process of demilling ammunition and Patriot Munitions uses it in the making of its exploding targets. Norton said the powder usually reacts like tannerite (while the gunpowder must be ignited by tracer rounds instead of just any bullet hitting it) and just burns like a big fireball. However, this time the last cardboard container exploded with a loud concussive that surprised everyone at the shoot and alerted the Gila Valley.

“It was actually quite entertaining,” Kaycee said. “That’s something that Mayson would have been happy to have been involved with . . . We were saying that was Mayson’s way of putting the icing on the cake for all that was going on.”

While the boom was loud and emanated throughout the Gila Valley, there were several vehicles at the shoot and there wasn’t any damage to them. All of the necessary precautions were also made beforehand and the Safford Fire Department was already at the site on standby and afterward made sure the fire didn’t spread.

The shooting started off with some handguns and rifles before heading into larger weapons and ultimately a belt-fed machine gun shooting tracer rounds. That’s when the gunpowder ignited and the big boom came.

“None of us were expecting that to happen,” Norton said. “It was impressive. If anything, it was just for my buddy. I miss him a lot.” 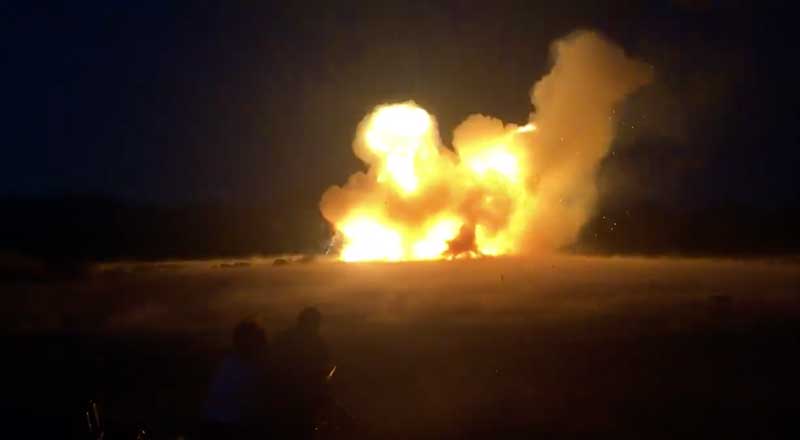 Contributed Photo/Courtesy Tracy Norton: The explosion mushroomed and the fire was put out by the Safford Fire Department.

In addition to the memorial shoot, as per his wishes, Norton loaded Mayson’s ashes into .50 rounds with armor-piercing projectiles. The ammunition was then shared with friends and family to keep a part of Mayson with them in the bullets.