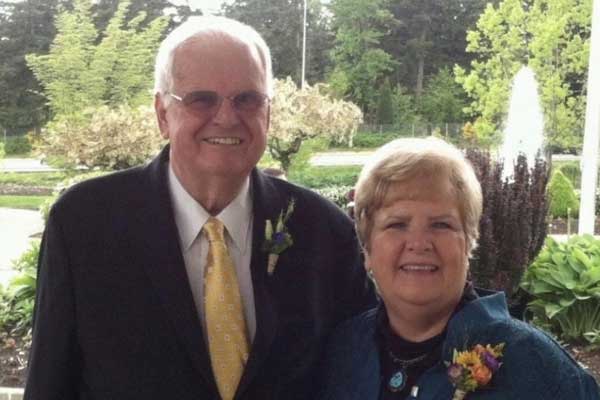 Thomas and Susan Biggs departed this mortal life side by side while returning home to Safford on August 14, 2020, when they were suddenly detoured to their Heavenly home. They are reunited with their parents and Tom’s brother and sister. They will be greatly missed by their loving family and so many others whom they consider their eternal friends.

Thomas Worth Biggs was born on July 16, 1941 to Ellis and Nora Biggs in Mesa Arizona. He was the great grandson of his namesake and Lehi, Arizona Pioneer, Thomas Biggs. Dad taught us that when Brigham Young called these pioneer families to settle Arizona that they should be large families with sufficient means to get there but not enough to come back to Utah. We have been here ever since. Tom graduated from Mesa High School. At the age of nineteen, Tom served a three year mission in Brazil. He graduated from Arizona State University with a degree in Business Agriculture. He began his career with the Valley National Bank In Mesa, then became the manager of the bank in Saint Johns. Tom was always wise beyond his years, called as the Stake President of the Saint Johns Arizona Stake at the age of 36. He also served the community as President of the Rotary Club and on many other boards and commissions. After moving from St. Johns to Safford, Tom was called to serve as the Bishop of the Safford 5th Ward and later as a member of the Gila Valley Temple Presidency. He also served as a member of the Eastern Arizona College Governing Board. He was a faithful husband, father, grandfather and servant of God. He was a steady and calm force for good, exuding kindness and genuine interest in everyone he met. He was a studious and deliberate decision maker, and had a humble and unwavering approach to life.

Susan Joyce Hiatt Biggs was born in Mesa, Arizona on November 8, 1945 to Dr. Rudger P. Hiatt and Ruth Brinton Hiatt. Susan was the eldest of seven and an accomplished musician, artist and educator. Susan was always happy and hummed her way through life. She was the epitome of Motherhood, raising her nine children who were her priority and joy. She served as Stake Relief Society President, Stake Young Women’s President, and Temple Assistant Matron. She served tirelessly in scouting inspiring her five boys to achieve the rank of Eagle. Susan was a graduate of Mesa High School, attended Brigham Young University and graduated from Arizona State University with a degree in English. She loved to read and teach High School English focusing on students who were excluded from traditional school. Her children fondly referred to her as the paparazzi. She jokingly said that “if there wasn’t a picture then it didn’t happen”. She kept us all informed of the family through her Biggs family blog. She carefully crocheted miles of blankets, baby blessing clothing and stuffed animals for her grandchildren. She never missed a birthday and sent an original artfully drawn card to each family member. She was the most approachable, caring, faithful, joyful person we know, always providing us with the reassurance that all would be well.

Tom and Susan were married on June 19th, of 1964 in the Mesa Arizona Temple, recently celebrating their 56th Anniversary. They have lived in Mesa, Saint Johns, and Safford. They served a mission together in Portugal and loved the people and their experience everywhere they resided. They served together in the Temple and have rarely been seen apart. They bought a 2nd car for which Tom often expressed regret because they never used it. He said that when they go somewhere, they always go together. Mom taught her children to hold hands with their spouse when they prayed so the Lord would know that you come as a set. Together they called and sang Happy Birthday to every one of their children, and their children’s spouses who they considered their children, and to their grandchildren on their special day.

Tom and Susan are survived by their nine Children, their spouses and 50 grandchildren and 12 great grandchildren. Nathan and Shauna Biggs, Joel and Stephanie Biggs, Daniel and Connie Biggs, Rebecca and Scott Evans, Jeremy and Erika Biggs, Rachel and Tony Alder, Esther and Shad Brown, Thomas and Jennifer Biggs and Mary and Tyson Richins.

As their children and grandchildren, we believe when we meet our Savior, Jesus Christ, we will already be familiar with His characteristics and attributes because we have witnessed these brilliantly reflected in the expressions of love and selflessness by our humbly remarkable and practically perfect parents.

A visitation will be held Thursday evening, August 20, 2020, from 5:30 p.m. until 7:30 p.m. at The Church of Jesus Christ of Latter-day Saints Safford Stake Center, with private family funeral services Friday, August 21,  at 1 p.m.  The public is asked to watch on Facebook Live on the McDougal’s Caldwell Funeral Chapel Facebook Page. “Like” the page and then scroll down to find the services a few minutes before they start.

From the area presidency of The Church of Jesus Christ of Latter- day Saints:

Funerals should follow the same guidelines and procedures as sacrament meetings (99 people or less, social distancing in seating, masks encouraged, etc.). Other than a surviving spouse, adults over 65 and individuals with medical conditions should remain at home. Technology may be used to allow family and friends to view the service.

Arrangements are under the direction of McDougal’s Caldwell Funeral Chapel. Online condolences may be extended at www. Caldwellfuneralchapel.com