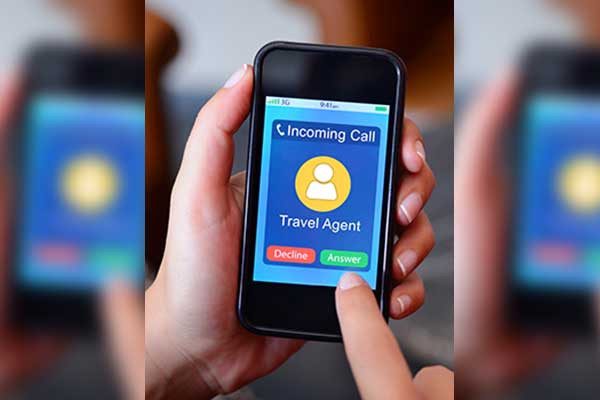 The FCC is working to, as Chairman Pai says, “stop the scourge of illegal robocalls.” He has made combating unlawful robocalls and malicious caller ID spoofing his top consumer protection priority. By proposing and implementing effective policy initiatives and pursuing targeted enforcement actions, the FCC has been taking a bold stand to protect and empower consumers.

Unwanted calls are far and away the biggest consumer complaint to the FCC with over 200,000 complaints each year—around 60 percent of all the complaints we receive. Some private analyses estimate that U.S. consumers received approximately 2.4 billion robocalls per month in 2016. Unfortunately, advancements in technology make it cheap and easy to make robocalls and to “spoof” caller ID information to hide a caller’s true identity.

Chairman Pai and other FCC staff get these calls too. He told Opens a New Window. NPR’s Planet Money recently: “So every now and then, even on my work Blackberry, I’ll see a call that seems to be coming . . . from the 202 area code, which is here in Washington—and then our prefix for these Blackberries. And I know for a fact that, you know, it’s probably not someone calling from the office. Sometimes, I answer just for the heck of it. And it’s—lo and behold, I’ve won a vacation… .”

We know that these calls are a major concern of millions of Americans, and scam calls in particular can result in very real financial losses and serious consumer frustration. We are therefore committed to using every resource in our tool box and working closely with private, public, and international partners to combat unlawful robocalls and spoofing. The FCC explained these efforts in its first ever report on illegal robocalls.

In November 2017, the FCC adopted new rules allowing phone companies to proactively block calls that appear to be from telephone numbers that do not or cannot make outgoing calls, without running afoul of the FCC’s call completion policies. For example, the new rules allow phone companies to block calls purporting to be from numbers of trusted entities that do not actually make calls from those numbers (e.g., the IRS call scam), from invalid numbers (like those with area codes that don’t exist), from numbers that have not been assigned to a provider, and from numbers allocated to a provider but not currently in use.

The Commission has succeeded in prompting real progress in call authentication. Starting with a formal inquiry in July 2017, the FCC sought public input on the best way to establish a reliable system to verify the caller ID information that appears on the recipient’s phone. This resulted in a North American Numbering Council-recommended framework for implementing an industry-developed standard to help prevent illegal attempts to trick consumers through caller ID spoofing. This framework would establish a reliable authentication system that will help strengthen call-blocking services and unmask spoofed calls. Chairman Pai welcomed this effort and, in November 2018, demanded that the phone industry adopt a robust call authentication system to combat illegal caller ID spoofing and implement that system in 2019. In February 2019, the Chairman welcomed many carriers’ commitment to meeting this timeline, called on others to “catch up,” and made clear that the FCC would consider regulatory intervention if necessary.

During Chairman Pai’s tenure leading the FCC, the agency has taken first-of-their-kind enforcement actions totaling well over $200 million against two telemarketers for apparent illegal caller ID spoofing—including so-called neighbor spoofing, where calls appear to be from local callers. These included the largest FCC fine ever imposed against a Florida-based time-share marketing operation, an $82 million fine against a North Carolina-based health insurance telemarketer, and a $37.5 million proposed fine of an Arizona marketer which apparently made millions of spoofed calls that appear to come from consumers Opens a New Window.