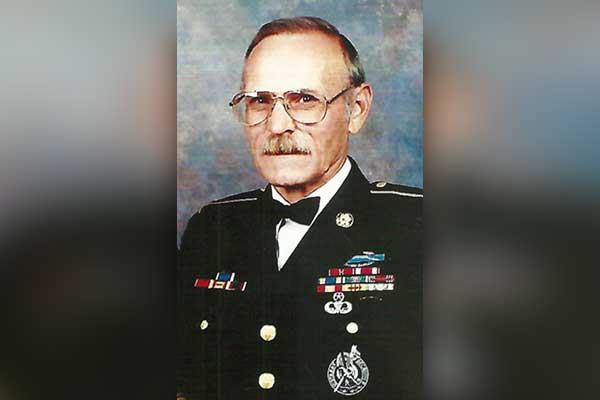 Terry William Lawson of Safford, also known as “Sarge”, passed into eternity on December 4, 2019 at the age of 81.  He was born on June 5, 1938 in Jamestown, New York to Truman Cornelius Lawson & Virginia Martinsen Lawson.

Terry graduated from Tempe High School in 1956, he enlisted in the United States Army in Phoenix, AZ and served from 1956 until 1976. During his time in the service he was a Ranger and a Master Parachutist. He served in Korea and two tours in Vietnam..

After his honorable discharge, he began working with the Department of Corrections. Terry was proud of the fact that in 1983, he was the oldest person to graduate from the Law Enforcement Academy at age 44. Following his career as a Police Officer, he then decided to attend Eastern Arizona College,  as a student and also as a Certified Instructor. and finally, as a sign painter and artist his entire life.

He married Billie M. Mills on December 26, 1956 and together they raised their children; Terry Wayne, Kelly Ann and Brian Keith. Terry has always been  friendly, outgoing and honest and is remembered that way as well by all of his friends.

He is preceded in death by his son, Brian Keith Lawson, his granddaughter Brenda Elaine French and his parents Truman C. Lawson & Virginia O. Werhan.

A viewing for Terry will be held on Wednesday, December 11, 2019 beginning at 1:00 p.m. followed by the funeral service at 2:00 p.m. at the McDougal’s Caldwell Funeral Chapel. Interment will follow in the Safford Cemetery with military honors by the Gila Valley Honor