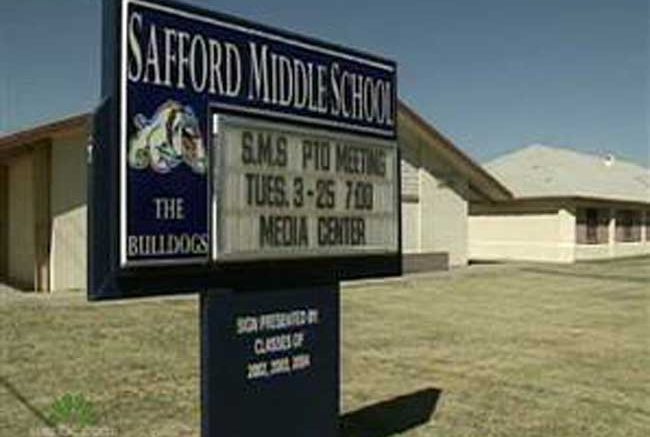 SAFFORD- It’s tough to be in middle school, but it will be much harder for a single student who was charged with possession after buying marijuana in a school bathroom.

Authorities were called to the Safford Middle School at 698 W 11th St, Safford, on Monday morning in reference to a student who was in possession of marijuana. When officers arrived, they were greeted by the assistant principal and told that the marijuana was in a red container.

After asking the student if he would like to have his mother present, and after delivering the Miranda rights to the student, the Safford police officers handcuffed the juvenile and escorted him to a patrol vehicle. The student was later transported to the Police Department for booking purposes and to wait for his mother.

When asked where he had gotten the marijuana, the student replied that he had bought it on Friday on school grounds before returning home. The student paid $25 for two grams of marijuana. On Monday, the juvenile entered the school bathroom in the Saguaro Building on campus to make the transaction.

School staff later brought in the individuals named by the juvenile, but they denied all accusations against them. The red container was placed into evidence at the police department. The single juvenile that had the container of marijuana in his backpack was arrested for possession of marijuana.