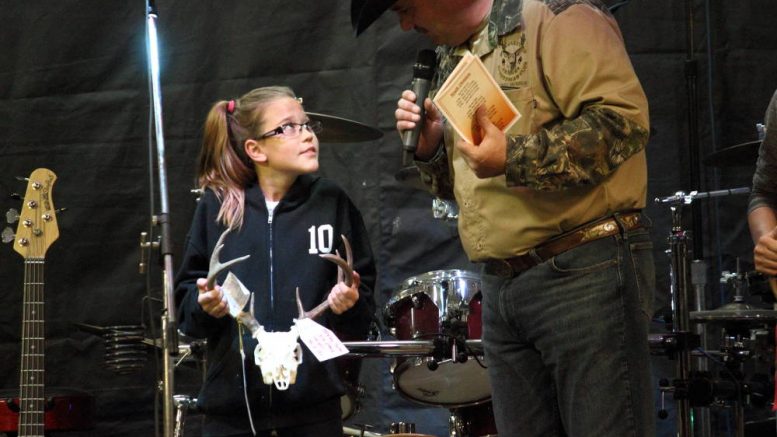 SAFFORD –The Southeastern Arizona Sportsmen Club (SEAZSC) held their annual Big Buck fundraiser at the Graham County Fairgrounds on Saturday evening, drawing a large crowd of hunting and outdoor enthusiasts for a night of prizes, dancing and socializing. The event is a fundraiser for habitat improvement projects, and, at over two decades old, is a Gila Valley tradition. Awards were given to hunters who had killed the biggest bucks in the 2016-2017 seasons.

SEAZSC President Wade Sanders said they hoped to have about 1,500 attendees, and although he did not have an official head count, the attendees packed the Ag Building at the fairgrounds. Sanders said that between costs for entry and raffle tickets, the club expected to earn from $30,000 – $40,000. Raffle prizes included a new Can-Am Defender side-by-side UTV and trailer and various outdoor-related gear. The Crossroads band played, themselves something of a Gila Valley tradition with more than 20 years of music in the area.

Sanders said the funds raised all go toward their habitat restoration projects.

“Basically, all the money that we raise tonight goes back to the environment,” Sanders said. “What we do is go out and we install new water (and) repair existing water that goes back for the wildlife to drink.”

Sanders noted although the recent water drinker repair in Stockton Pass was fairly cheap, others can be more expensive. 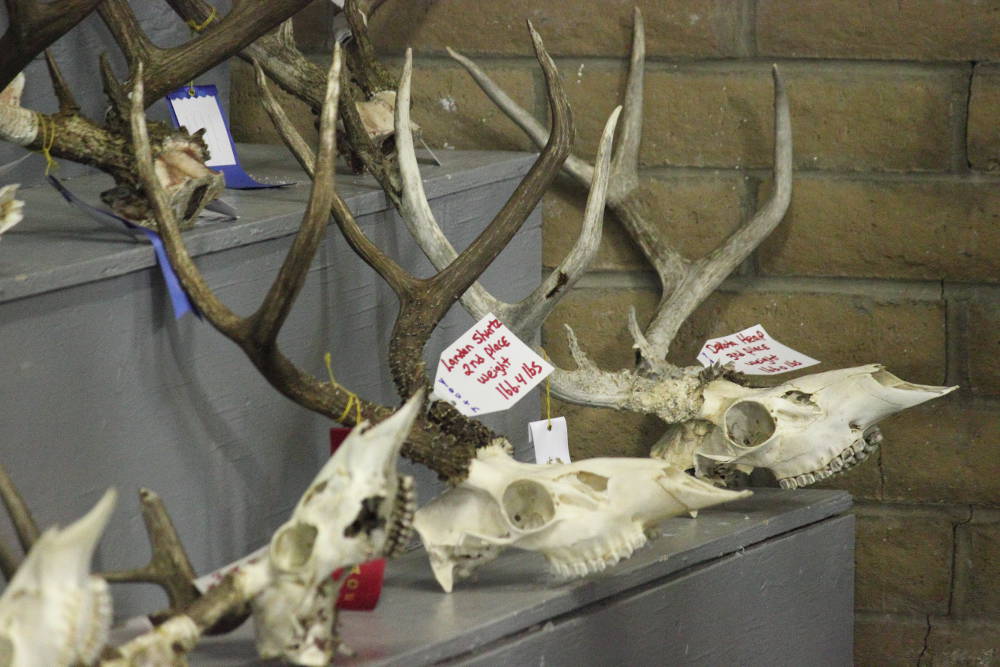 Hunters could enter their kills in several categories, organized by animal and weight or antler size, with a separate group for the youth.

Michael Weathersby, 17,  won first place in the youth whitetail deer antler event with a score of 102. He said he has been hunting since he was 5, and that he enjoys attending the fundraiser since it is a good opportunity “to see all the people and get family together and just have fun.” 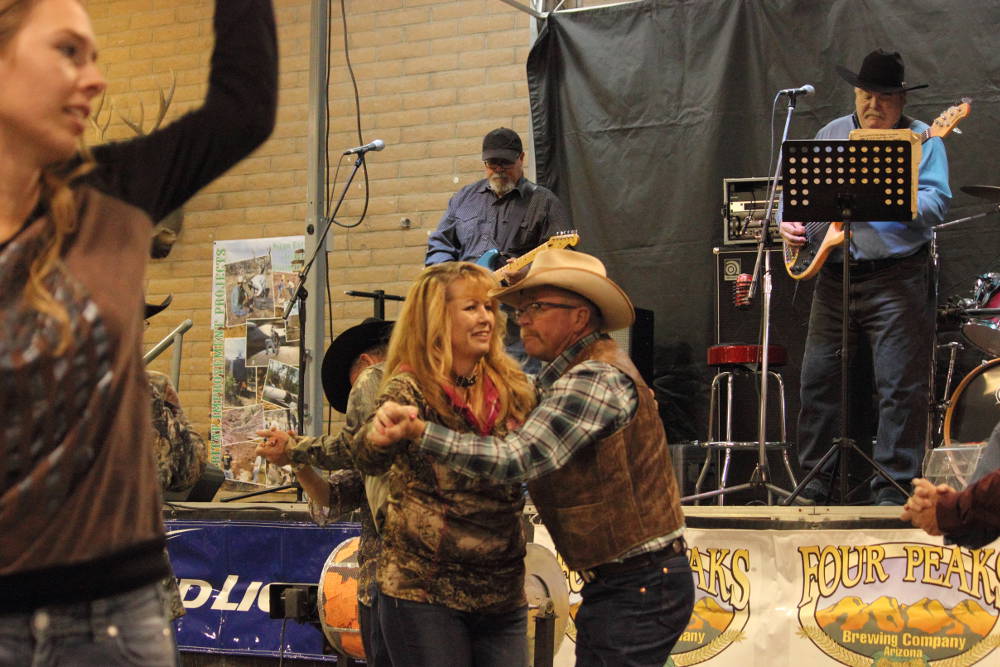 Maria Terrazas said she regularly attends the event, hoping to win the side-by-side.

“A lot of [attendees] come because their family members win the big deer and stuff, but I think a lot of it has to do with winning that Ranger (and) winning some of the prizes,” Terrazas said. In past years the UTV has been a Polaris Ranger, but this year it was a Can-Am Defender.

The event was fairly well attended by women as well as men. Terrazas suggested a likely reason is the social aspect of the evening.

“I think it’s just to come and socialize with friends, because we’re homemakers mostly, so even at our job we don’t get to associate with friends, so, we meet our friends here to have a good time,” she said.

Sanders said in addition to fund raising and habitat repair, the SEAZSC also focuses on education.

“We teach the youth and even adults,” he said. “Anybody who’s interested in taking a hunter safety class can take them. We teach about ethical hunting (and) about safe hunting.”

However, Sanders said the club is not just for hunters, nor do you have to participate in a hunt to win prizes.

“We have several people (who) don’t even hunt that still support the group,” he said.