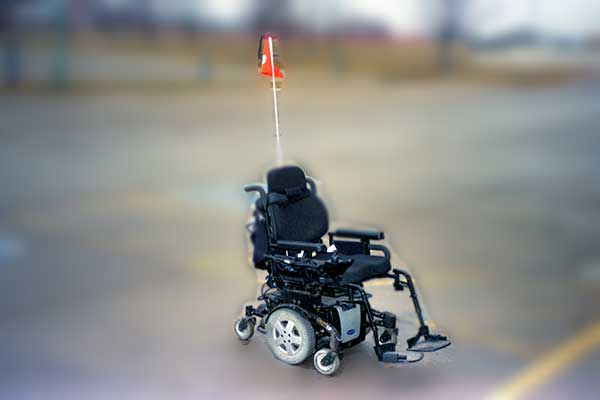 SAFFORD – Just after noon last Wednesday, authorities were dispatched to Walmart in reference to a report of shoplifting. Upon arrival, the officers were advised the suspect had fled the scene in an electric wheelchair.

Officers were able to locate the female who was headed South on 20th Avenue but after making contact with the woman and later identifying her, she made an evasive turn off 20th Avenue and headed East on Bulldog Boulevard.

Once the woman was stopped, she claimed that she had never been to Walmart. She told authorities that she is from Tucson and is new to the area. The woman claimed that she had just come from a park on North 20th Avenue. However, there are no parks located in that area. Meanwhile, the other officer spoke with the Walmart employee who reported they had stopped the woman at the General Merchandise exit as she attempted to leave the store. They found she had a concealed Machete, popcorn, Nutella, and a Philly sandwich in a bag attached to the wheelchair which totaled $45.12. The woman reportedly fled the area by way of wheelchair.

The woman finally admitted to being in the Garden Center at Walmart. She was cited and trespassed from Walmart. At the time of the report, the officer noted the woman had a non extraditable failure to appear warrant out of Tucson for shoplifting.