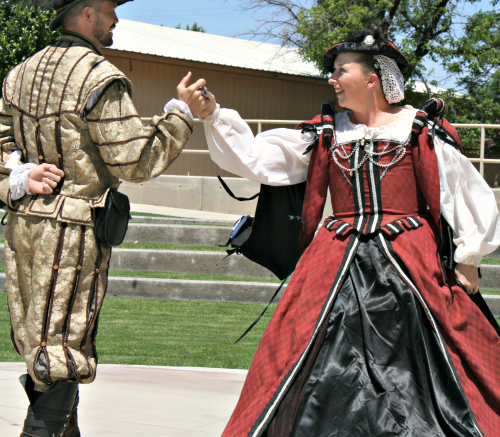 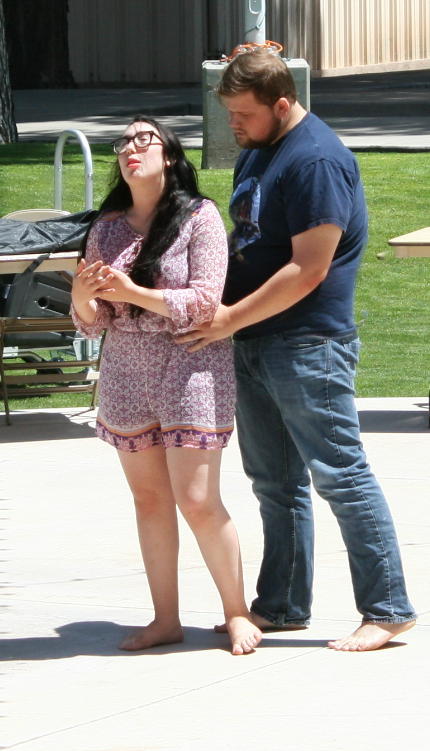 It was a beautiful sunny day on Thursday, April 21, 2016 at the Eastern Arizona College’s Middle Campus Amphitheatre.  As per the tradition, the EAC’s English Club hosted the annual Shakespeare in the Park event. Ice cream sandwiches were served, and students from Morenci attended for extra credit. Kate Kepmton, president of the literary club, was in charge of the event.

Students gathered around to lend support to their fellow classmates who were reciting. The high schoolers from Morenci recited sonnet 130. Macbeth was a more popular title. Andrew Peterson, a student at Eastern Arizona College said that he chose Macbeth for the play’s ultimate action and reaction to Macbeth’s decisions. “I always found Macbeth interesting,” Peterson stated, “It’s a good cautionary tale.”

Between recitals, the EAC Danseries performed several historical dances of the Renaissance. Dance instructor Gayla Curtis played the recorder. Dancing couple, Marci and Tracy Barney, performed these historical dances in complete Renaissance garb. Following several dance numbers, the Danseries invited people from the crowd to learn the “Peas Branle” and “Washerwoman.” As always, the Shakespeare in the Park event was an enjoyable morning to be had by all.