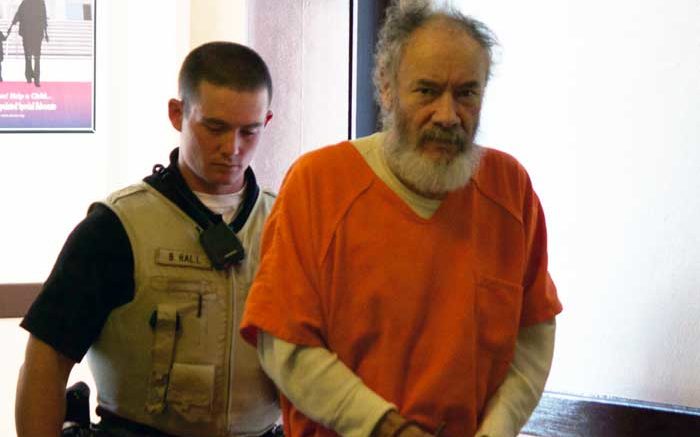 Jon Johnson Photo/Gila Valley Central.net: Jerry Roesberry, 62, is escorted into the Graham County Superior Court. Roesberry was given the maximum term of two years in prison for indecent exposure after continuing to expose himself to clerks in retail stores.

SAFFORD – After receiving slap after slap on his hand for misdemeanor indecent exposure charges during a seemingly lifetime of incidents, serial exhibitionist Jerry Roesberry, 62, was spared no mercy Monday afternoon and was given the maximum term available of two years in prison.

A disheveled Roseberry appeared in front of Graham County Superior Court Judge Michael D. Peterson to answer for his crime. After hearing from both the prosecution and defense, Judge Peterson gave more weight to the aggravating factors and sentenced Roesberry to the maximum term in prison.

“I find that a two-year term to be appropriate,” Judge Peterson said to Roesberry. “That’s the most I can give you. The fact is sir that there are times in our society when people simply have to live outside (of) our society; that’s why we have prisons.” 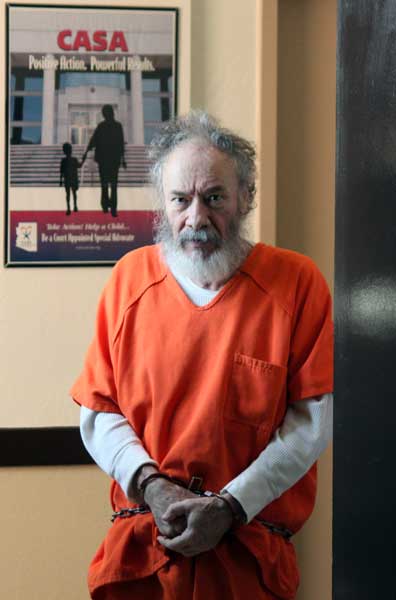 Roesberry has a long history of indecent exposure violations and was convicted of the crime in 2000 and charged again in 2002. He was convicted in 2010 for indecent exposure and possession of drug paraphernalia after signing a plea agreement that dismissed charges of sexual abuse and possession of marijuana in a case in which he allegedly picked up a homeless teenager and fondled her while masturbating over her as she slept. During 2015, Roesberry went on a spree where he was arrested three times in six months for indecent exposure, including exposing and pleasuring himself at Candy’s Ice Cream Shop at 428 Main St. in April 2016; exposing himself in the candy and shaving cream aisles of Dollar General at 740 W. Roper Lake Rd. south of Safford in July 2016 and exposing himself in October 2016 to a 17-year-old victim, who reportedly said she saw Roesberry on his porch wearing only a white T-shirt fondle himself while she got into her car and left.

Graham County Chief Deputy County Attorney L. Scott Bennett described the case as “profoundly disturbing” not due to the seriousness of the crime but to the frequency of it occurring.

“He (Roesberry) was on probation for doing this exact same thing in two other instances when this one took place,” Bennett said.

Citing the repeated crimes and overall criminal history without ever seeking counseling, Bennett requested the aggravated sentence, which was also recommended by Graham County Probation in Roesberry’s pre sentence report.

“I don’t know how to fix it,” Bennett said. “I don’t know what else we can do to help him other than to just keep him from doing it again. Or, at least put him in a place where there (are) not innocent victims who have to view this disturbing behavior . . . I don’t see a lot of options other than just locking him up.”

Defense attorney Josi Lopez described Roesberry as more of a nuisance offender rather than being dangerous to the community and said he would likely not receive the counseling he needs in jail or prison. She said Roesberry suffers from physical medical issues as well as mental health issues, with the latter being the root cause of his behavior.

“Mr. Roesberry’s biggest concern is he doesn’t quite understand why he does what he does,” Lopez said.

Lopez then requested Roesberry be granted probation so he could seek mental health assistance.

Bennett agreed that Roesberry likely needs some sort of counseling to stop his actions but that in more than 20 years of repeatedly committing the acts Roesberry has never gone through any counseling to cure him of his habit.

“I just want to keep him from going into stores and exposing himself,” Bennett said.

Judge Peterson agreed with the prosecution and sentenced Roesberry to the maximum aggravated term of two years in prison. He will be eligible for one day off for every seven served for good behavior but will have to register as a sex offender upon his release from prison.

Roesberry arrested for exposure yet again