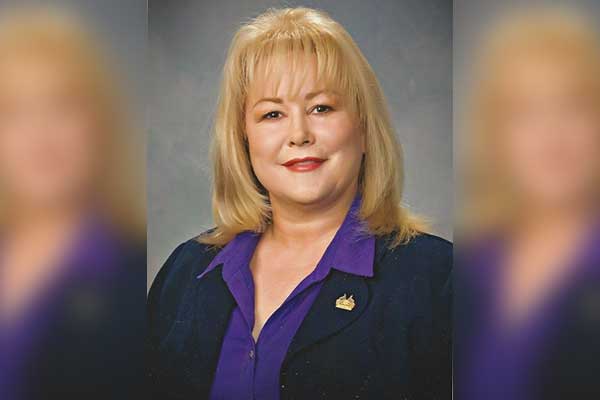 KEARNY, ARIZ. – Former state legislator, Barbara McGuire, has announced her candidacy for US House of Representatives CD 1. Barbara is the daughter of an engineer. Her mother comes from an agriculture background, and management in the hospitality industry. Sen. McGuire attributes her inspiration and guiding values from her father, a Lt. Cmdr World War II Navy pilot. Barbara is married to her husband of 49 years. Together they have a son, a daughter and 4 grandchildren.

“After having served as a State Senator and State Representative for nearly a decade, I am ready to put my experience to work on strengthening our economy’s sustainability, and on water and conservation issues, improving infrastructure, including WiFi in rural and remote areas, military readiness, veterans issues, senior and family concerns, rural affairs, affordable quality health care and education, including technical education, and making the Federal government more efficient and responsive. These are among my top concerns for Arizona and the nation. The residents of Congressional District 1 deserve a representative who is a lifelong native Arizonan and understands the unique needs of our communities. Our future and the future of our children and grandchildren depends on the representation we choose. They deserve someone who will fight every day to create jobs, address their issues, uphold their values, and preserve our diverse cultures. I am a common sense consensus building Democrat who believes in bringing everyone to the table for the best solutions” said McGuire.

While serving in the Arizona Senate, Barbara McGuire was appointed Rural Liaison by her Senate caucus. McGuire was also a member of the Latino caucus. Barbara fought for CPR to be taught in schools and received the outstanding Legislator of the year award from the American Heart and Stroke association. Her bills were signed into law by both Republican and Democratic Governors. Some key notable McGuire legislation was, prohibition of wild cat dumping, infrastructure issues for Native American tribes, county island sanitation districts, education funding, jobs, increase of University Extension funds. Sen. McGuire fought for one of the largest (NIH) grants in Arizona history, $43.3 million dollars to revolutionize health care through precision medicine. Barbara particularly enjoyed helping many veterans connect with case workers for the first time to successfully address their needs. Senator McGuire was given a 100 percent rating from Children’s Action Alliance for voting favorably on children’s issues.

“CD 1 is the 10th largest district in our nation and covers mainly the rural areas of northern and eastern Arizona. I have lived in the heart of congressional district one for 65 years. While in the state legislature I was honored to proudly represent the heart of CD 1, which consists of portions of Pinal County, Gila County, and Native American Tribes. I look forward to putting my expertise to work to address the needs and issues for all of CD 1″ said McGuire.