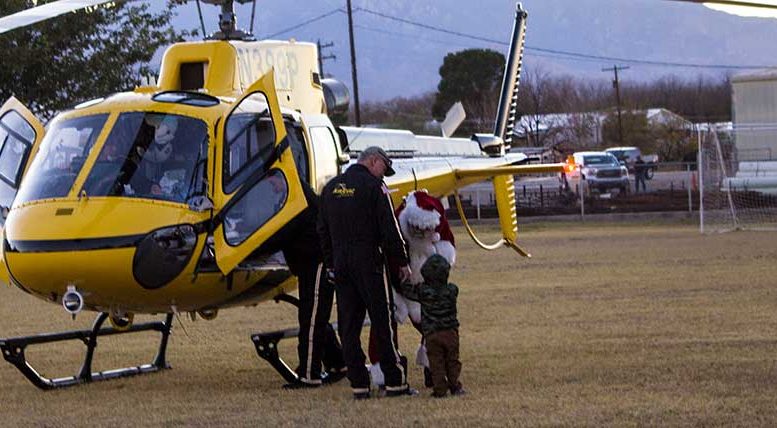 THATCHER – With his adoring fans looking on, Santa made quite the entrance by helicopter. 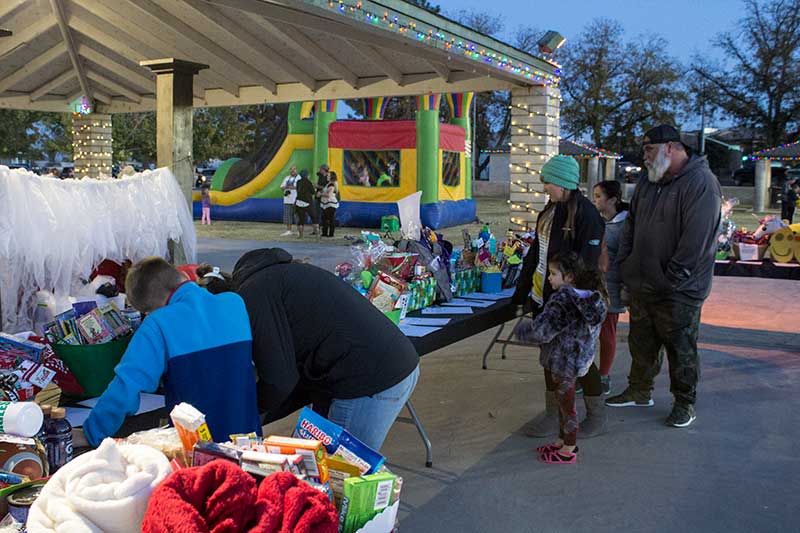 The annual Santa in the Park event at the Reay Lane Park in Thatcher is a chance for families to come to the park so that kids get their exercise and adults have the chance to shop. In addition to Santa, there were several shopping opportunities with multiple vendors selling everything from beauty products to homemade pajamas.

“I liked seeing some of the local people selling things you don’t find in the stores,” Write said.

Jan Napier, who was with the Graham County Substance Abuse Coalition’s vendor table, was giving away balloons and information about 12-step programs and other educational options. Napier said while this was her first time being a vendor at the event, she always attends and appreciates the evening.

“We’re here to let everybody know about the Gila Valley Facing Addiction program,” Napier said. “I love it, I’ve been here before as a private citizen and it’s really nice.”

The line to see Santa was quite lengthy, but that didn’t stop dozens of individuals from waiting patiently to see the jolly old elf. However, while one parent stood in line, the kids played on the park equipment or a bouncy castle nearby. Warm food and friendly faces were key aspects that attendees counted on to make the wait for Santa worth it. 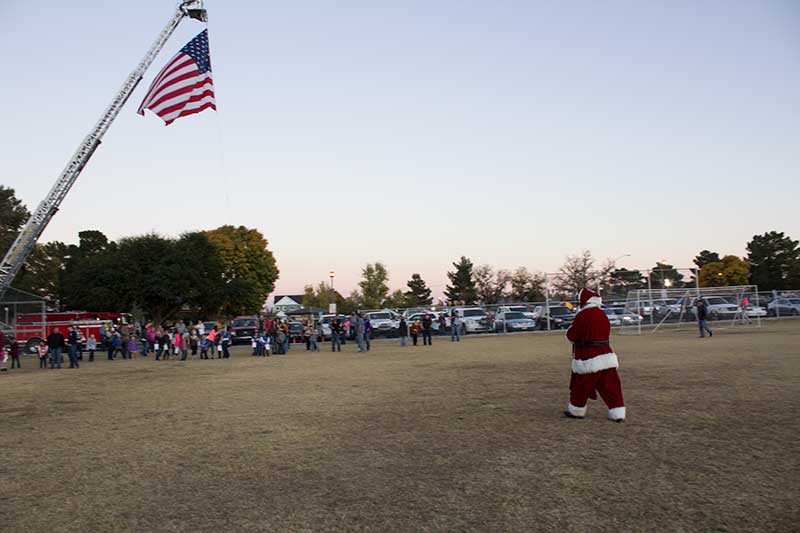 Brooke Curley Photo/Gila Valley Central: Santa walks to his adoring fans who waited patiently for him to land in the helicopter.

Santa in the park was a night of shopping and fun