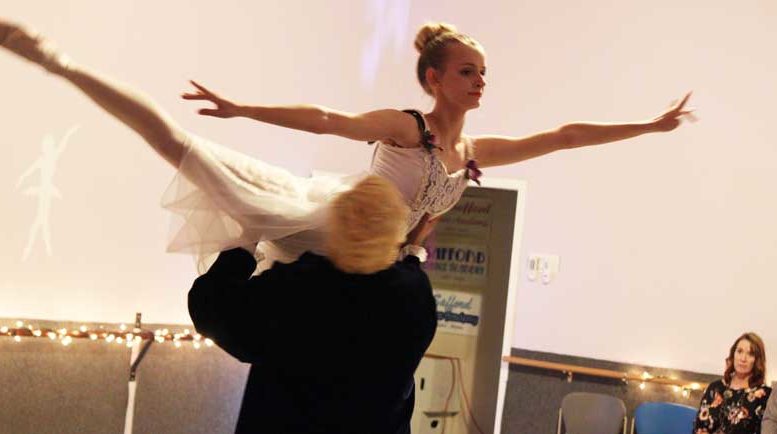 Jon Johnson Photo/Gila Valley Central: The Safford Dance Academy put on its performance of "The Nutcracker" for charity Saturday night.

SAFFORD – The dances were demure and sublime as each character or group took their turn on the stage, gliding across the stage bringing a holiday classic alive in the Gila Valley. 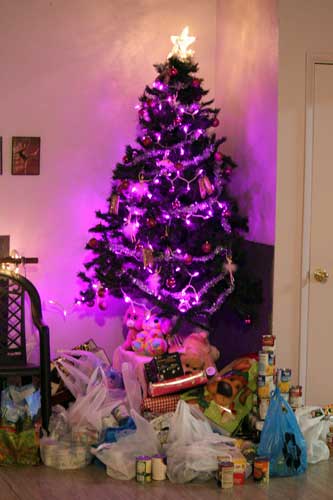 The feature was not only one to be appreciated at face value, however, as the Safford Dance Academy’s reimagining of “The Nutcracker” on Saturday night also served as a charity for in lieu of tickets the price of admission to the performance was either a food item or children’s toy.

Donations from the performance will be given to the Toys-for-Tots organization and Our Neighbor’s Farm & Pantry.

“We appreciate the support from our community and for our dancers,” Rogers said. “We appreciate all the canned food and toys that were donated so that we can make a difference in the community . . . We’re just super proud of our dancers.”

Ballet instructor Rena Holguin was the mastermind behind the event.

“Nutcracker is a big Christmas tradition, so of course we had to do it for our students and they were so excited,” Holguin said. “But at our studio, we really think it’s important to learn not just how to dance but how to be good people and anytime we can give back we want to do that.” 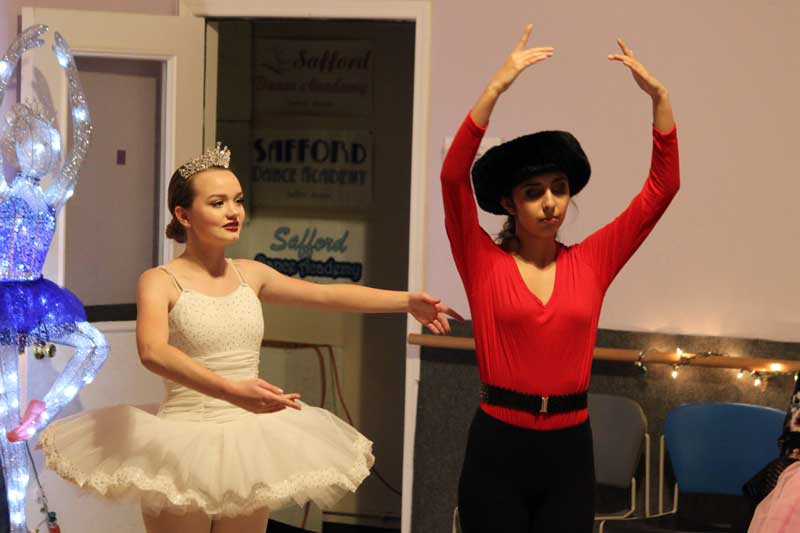 Jon Johnson Photo/Gila Valley Central: Paige Bushman, left, prepares to dance as the Sugar Plum Fairy with a Russian at her side.

Previously, Safford Dance Academy has had performances for other benefits, including its Dancers Against Cancer performance that earned $5,000 to help a child in the community with cancer and its dance last year about bullying for the Save-A-Skylar anti-bullying group.

“Our message is about spreading love this semester, so anything we can do through our community to spread love then that’s what we’re going to do,” Holguin said. “We’re really excited about it.” 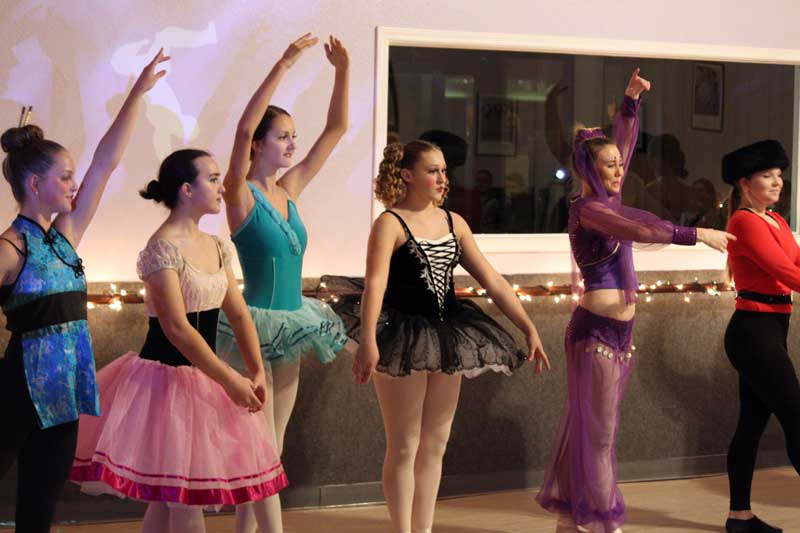 The event featured several solo and group performances and ended with the entire cast doing a quick recap of their performances through the same number before the ultimate finale with everyone onstage.

“It was fun to perform for all my friends and family,” Kiersten Cluff said. “It was just tough on my feet. It hurts your feet.”

Shaylin Lines portrayed Clara and did so while fighting through a knee injury.