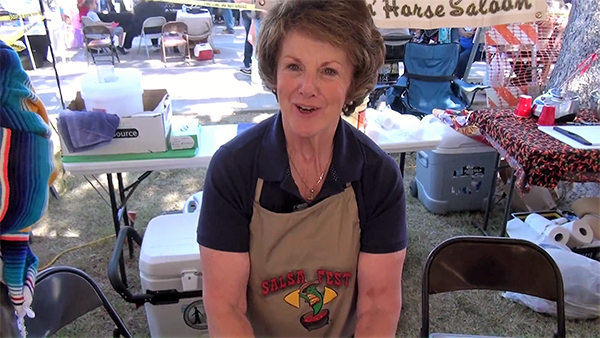 SAFFORD – The “hottest event in southern Arizona” returns Sept. 23-24 and, like last year, attendees will be able to quench their burning palates with a cold brew.

At its Monday night meeting, the Safford City Council unanimously voted to approve a recommendation to the Arizona State Liquor Board to allow the Graham County Chamber of Commerce and Safford Lions Club to have a special event liquor license for this year’s SasaFest. The license will allow the groups to operate a beer garden at the event with alcohol furnished by III Counties Distributing, Inc.

Last year, the state granted a similar license to the chamber and a beer garden was set up at a storage yard off 5th Avenue.

This year, however, the chamber and Lions Club are working in conjunction with each other, and the temporary beer garden will be just a block away in the city parking lot at 608 W. Main Street across from El Charro on Saturday, Sept. 24. Once the majority of events are finished and cleared away, the beer garden will move over to City Hall and be open for a concert set to run from 7 to 9 p.m., according to Graham County Chamber of Commerce Director Patrick O’Donnell, who addressed the council. 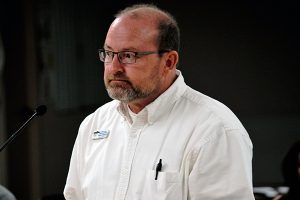 O’Donnell said the change in venue of the beer garden would hopefully promote visitors to shop in stores along the route from the main stage area while not detracting from the Lions Club’s main events.

“From the very beginning of my hire with the chamber, I started a meeting (where) we had two Lions Club members, two Downtown Association members and two chamber members, and we got together and talked about making it a better event on Main Street,” O’Donnell said.

Councilor Arnold Lopez commented that by moving the garden and having the concert that night, more people would attend the event and O’Donnell agreed.

“We really look, as a chamber, at trying to put more heads in the beds,” O’Donnell said. “In other words, getting people to stay overnight, not only just drive through or come for part of the day and leave.” 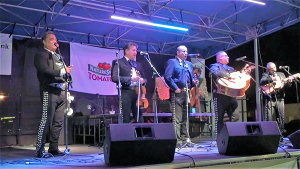 Jon Johnson Photo/Gila Valley Central:
This year’s SalsaFest will feature a concert from 7 to 9 p.m. with an adjoining beer garden at City Hall.

Time’s almost up to donate to the Infinity Tree