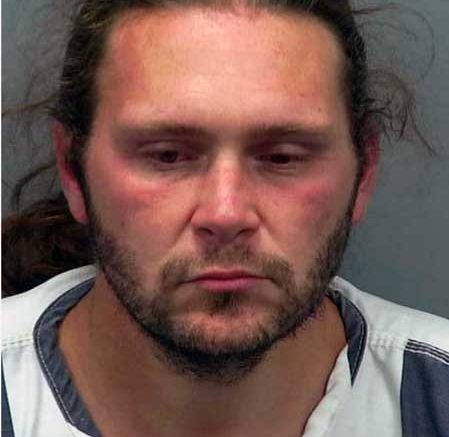 GRAHAM COUNTY – One of the two suspects in the shooting of Gary Don Hess, 48, on Monday night has been apprehended, while the suspected shooter remains on the lam.

Robert Lee Lafler, 34, of Thatcher was arrested Tuesday, Dec. 19, after being located by officers with the Safford Police Department. Lafler was then booked into the Graham County Adult Detention Center on charges of aggravated assault and misconduct involving weapons for being a prohibited possessor of a firearm, according to a Graham County Sheriff’s Office release. Lafler was previously convicted of armed robbery in 2006. He was also convicted of robbery in 2002 and aggravated assault in 2007, both in Maricopa County. Locally, he was convicted in 2016 of resisting arrest. It is unknown exactly what role Lafler played in the shooting. 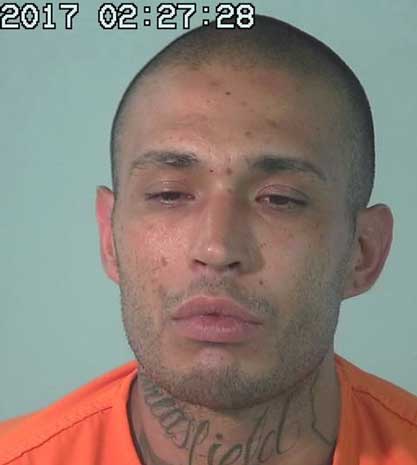 Contributed Photo/Courtesy GCSO: Authorities are searching for Manuel Ramon Campos in relation to the shooting of Gary Don Hess on Monday night.

Initial reports and witness accounts identified Manuel Ramon Campos, 36, of Safford, as the shooter. Campos is still at large and may be in the Phoenix area. Anyone with information regarding his whereabouts should call the Graham County Sheriff’s Office at (928) 428-3141.

Deputies responded to the residence at about 6:18 p.m., Monday, and discovered the injured Hess. Evidence at the scene shows the shotgun was fired through the door of a residence in the 900 block of State Route 366 (Swift Trail), striking Hess in his neck with buckshot. Hess was stabilized at Mt. Graham Regional Medical Center and was flown to Banner-University Medical Center Tucson. As of Thursday afternoon, he was listed as being in fair condition, according to UMC public relations.

Deputies combed the area and followed tracks believed to be left by Lafler and Campos but did not locate either man that night. However, the tracking did lead to the discovery of both a shotgun and a handgun, according to the press release.

The investigation is ongoing and no motive for the shooting has been released, but Campos and a resident of the home the shooting took place have been involved with illicit drugs.