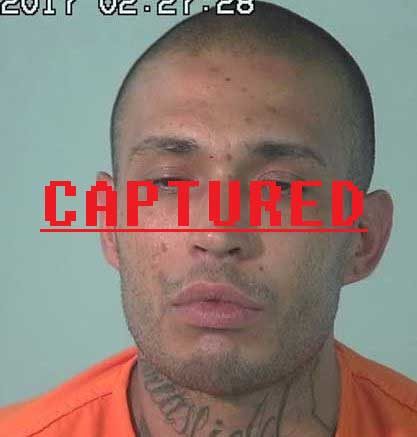 Contributed Photo/Courtesy GCSO: The second suspect in the Swift Trail shooting, Manuel Ramon Campos, has been captured as well.

SAFFORD – The second suspected Swift Trail shooter was taken into custody by Safford Police on Dec. 21 after receiving an anonymous tip. 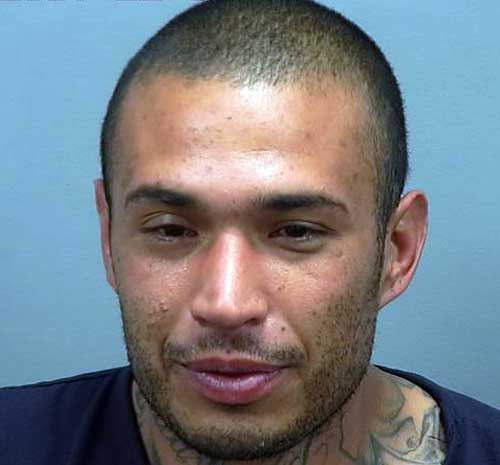 According to a Safford Police report, a caller who wished to remain anonymous said Campos and another male were seen walking down the street, possibly headed to Campos’ mother’s residence. The respondent then called back at 7:15 p.m. and said Campos was at his mother’s address and was seen on the porch.

Campos was wanted regarding the shooting of Gary Don Hess, 48, at a residence in the 900 block of State Route 366 (Swift Trail) on Monday, Dec. 18. Evidence at the scene showed that a shotgun was fired through the door, striking Hess in the neck with buckshot. Hess was stabilized at Mt. Graham Regional Medical Center before being flown to Banner-University Medical Center Tucson, where he responded well to treatment.

After the shooting, deputies combed the area and followed tracks believing to be left by Campos and a second suspect, Robert Lee Lafler, 34, of Thatcher. Authorities did not locate either man that night but did find both a shotgun and a handgun that had apparently been hidden. 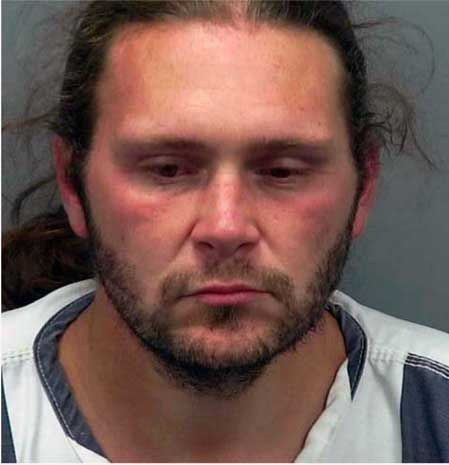 On Tuesday, Dec. 19, Lafler was located at an apartment complex by Safford officers after they were dispatched to the complex shortly before 3 p.m. regarding a suspicious vehicle.

While at the complex, an officer observed a man he believed to be Lafler. After another officer positively identified the suspect as Lafler, authorities knocked on an apartment door and told the woman who answered that Lafler needed to exit and go with them. Lafler then exited the residence without incident and was booked into the Graham County Jail on charges of aggravated assault and misconduct involving weapons for being a prohibited possessor of a firearm. Lafler was previously convicted of armed robbery in 2006. He was also convicted of robbery in 2002 and aggravated assault in 2007, both in Maricopa County. Locally, he was convicted in 2016 of resisting arrest.

It is unknown exactly what role Lafler played in the shooting. Initial reports and witness accounts fingered Campos as the shooter, but a Graham County Sheriff’s Office press release stated they believed Lafler was the one to bring the shotgun to the residence.

A single charge of possession of a weapon by a prohibited person has been filed in Safford Justice Court against Lafler, and he is being held on a $50,000 bond.

On Thursday, Dec. 21, officers knocked on Campos’ mother’s door and told her to send Campos outside. He was subsequently taken into custody without incident and was arrested for a warrant regarding possession of drug paraphernalia, which has a $5,000 bond. According to the Graham County Adult Detention Center, Campos was also booked on a charge of misconduct involving weapons. Official charges from the Graham County Attorney’s Office have yet to be filed against him, according to the Safford Justice Court.