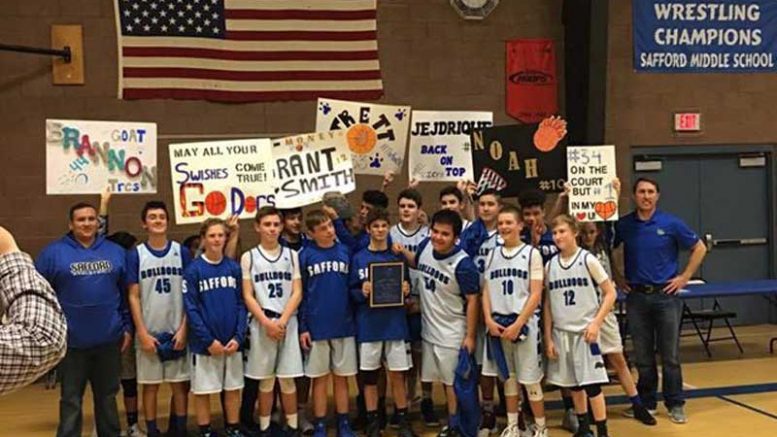 SAFFORD – The Safford High School Boys basketball team is having its struggles this year, but the future looks bright for both the boys and girls teams.

For the boys, it is an era of dominance that has produced consecutive conference championships and a 32-1 record in the past two years as Safford’s eighth-grade team took home the glory, according to head coach Danny Smith.

“I was blessed to coach self-motivated, talented kids with a tremendous will to work hard,” Smith said.

Smith said he was also thankful for the support from the school, parents, fellow coach Jason Chavez and his wife, Deanna Smith.

The Thatcher seventh-grade basketball team took the conference championship in that division, giving Thatcher’s Sean Hinton his second championship of the school year after wining the state football championship as well.

On the girls side, Safford’s eighth-grade team kept pace with the boys all season and also finished with an unblemished record, capped off with the conference championship.

For the seventh grade, fifth-seeded Morenci arose from the pile to capture the title in an upset. 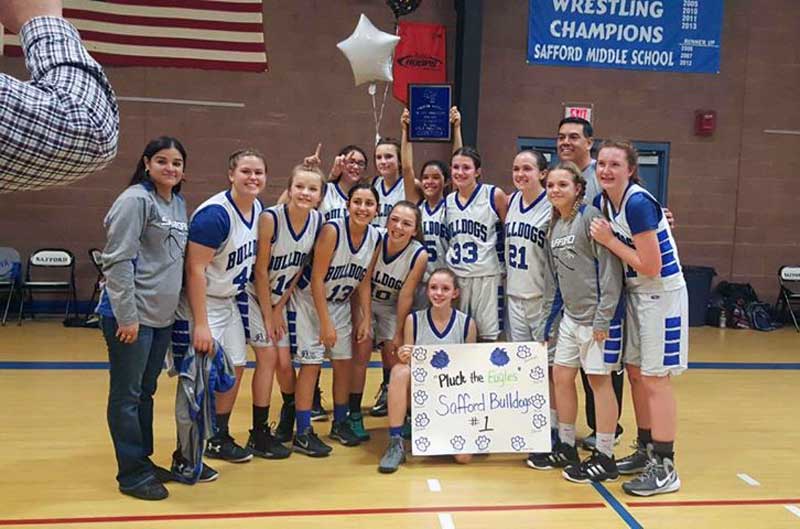