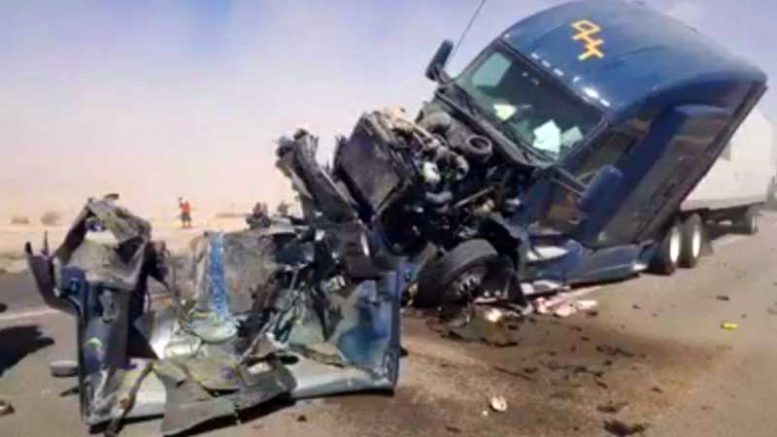 Contributed Photo/Courtesy livetrucking.com: A semi-truck collided into the rear of a passenger vehicle on I-10 in New Mexico on Thursday after the vehicle suddenly stopped on the highway. The crash closed the interstate and rerouted traffic through Safford.

SAFFORD – A 70-mile stretch of Interstate 10 between U.S. Highway 191 in Arizona and U.S. Highway 70 in Lordsburg, New Mexico was closed Thursday after a fatal collision, sending freeway traffic on a 110-mile detour which took the vehicles right through Safford. 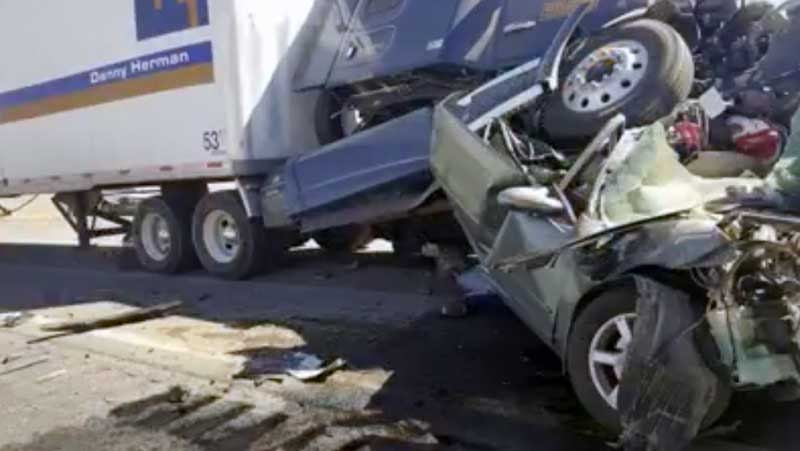 Contributed Photo/Courtesy livetrucking.com: A fatal collision on I-10 was dust-related.

The interstate was closed after a couple of serious accidents occurred in New Mexico, caused by poor visibility by blowing dust. Safford residents have seen this before, as blowing dust from a cleared by not planted farm near Wilcox forced the closure of I-10 several times last year, mostly in April.

This time, the dust was blowing in New Mexico, however, and contributed to an elderly woman’s death as she reportedly abruptly stopped her vehicle on the freeway in front of a semi-truck. The truck driver was not injured.

The woman was westbound on I-10 at about 12:12 p.m. near milepost 11 in New Mexico when she suddenly stopped. The collision led to another crash further behind, according to witness Mike Gunney Faram.

“A half mile behind this accident, another semi rear ended a UPS truck pulling doubles, (which pushed it) into the back of a passenger vehicle,” Faram said. 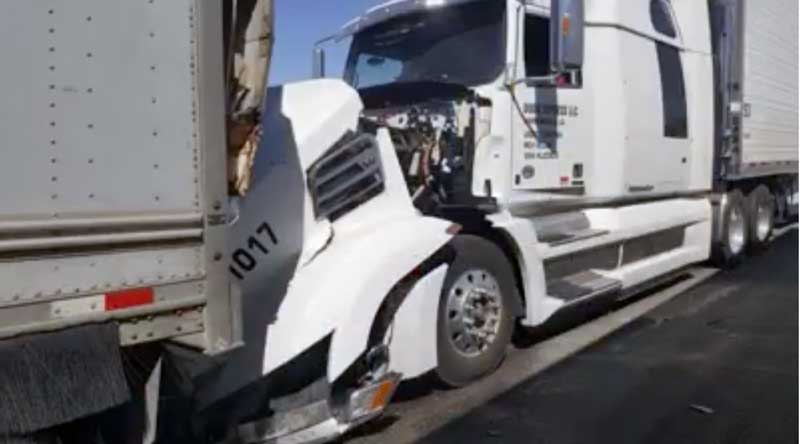 Contributed Photo/Courtesy livetrucking.com: This semi-truck collided into a UPS semi-truck behind the initial crash and caused it to hit a passenger vehicle as well.

The interstate was closed for several hours into the early evening as workers removed debris and conditions improved.

Multiple fatalities in 25-vehicle pileup on I-10