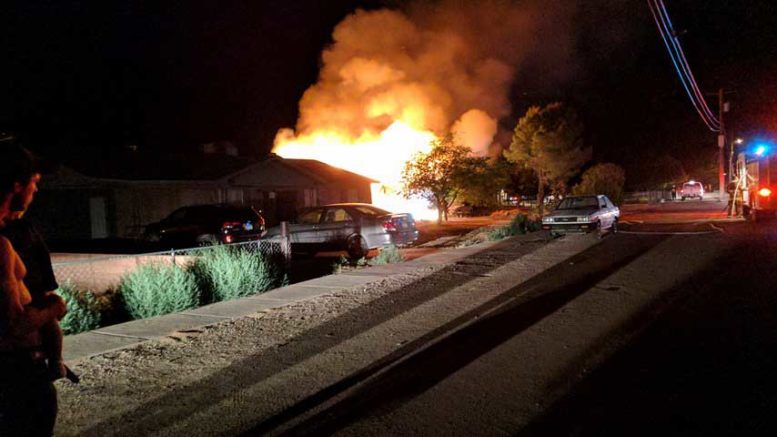 Contributed photo/ Courtesy of Emily Rhinehart: A fire burned at the 34 East 300 South in Pima last night at roughly 10:30 p.m.

PIMA – Tuesday night, while the neighbors looked on, a house was consumed in flames. The next day, however, the fire’s remnants unearthed something of a more sinister nature.

Shortly after 10:30 p.m. the Rudy Sanchez residence on 300 South in Pima burst into flame. Sanchez had been recently sentenced on Monday in the Graham County Superior Court and was beginning the process of serving his sentence of 1.5 years in prison. Luckily, his family, who comes and goes from his residence, wasn’t in it at the time of the fire. However, the fire did spread to the neighbor’s wooden fence and scorched the neighbor’s house’s eves.

Sanchez’s neighbors reported that they saw individuals spraying lighter fluid on the outside of the Sanchez residence the day before. However, they thought little of it since the individuals inside were always doing strange activities.

Although nobody was home, and no one was hurt, Pima authorities are calling the fire a highly suspicious case. Pima Police Chief Diane Cauthen told Gila Valley Central that the investigation is ongoing. 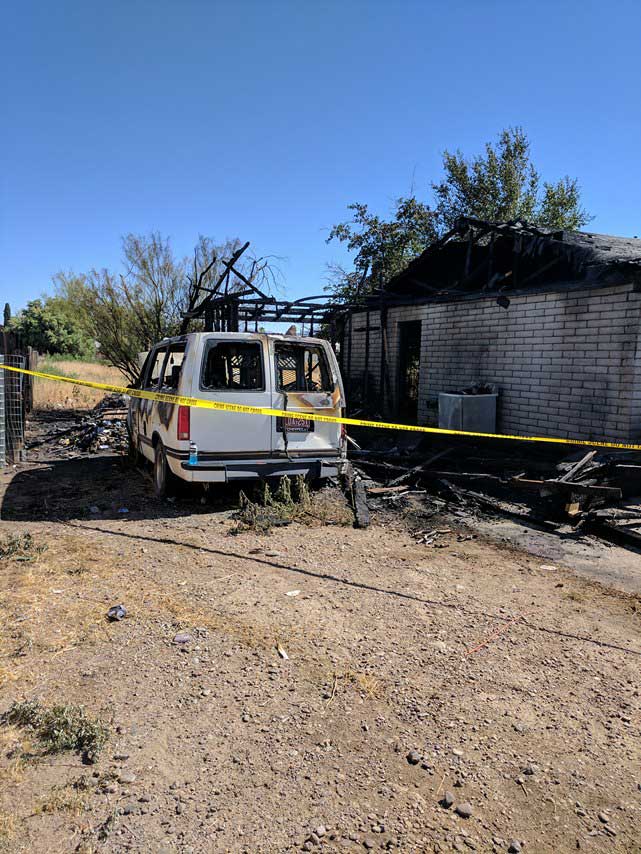 Contributed photo/ Courtesy of Emily Rhinehart: Although sources say that there is usually a larger group of individuals who come and go from the residence, there wasn’t anyone at the Sanchez residence at the time of the fire.

The reason for the ongoing investigation is because of the suspicious nature of the fire, and discovery of stolen property.

Emily Rhinehart, who lives three houses away from the Sanchez residence, told Gila Valley Central that her son was the one who informed her of fire.

“Last night it was about 10:30 probably, my son was outside with some of his friends and comes to me and tells me, “Mom, two things: Can I take the girls home, and the neighbor’s house is on fire,” Rhinehart said. “I’m in my pajamas and I get up to go look I go to my porch to look over. The flames were like ten or twelve feet up above the roof. It wasn’t like they were burning weeds, their house was engulfed.”

Gila Valley Central will update this story when additional facts come to light. 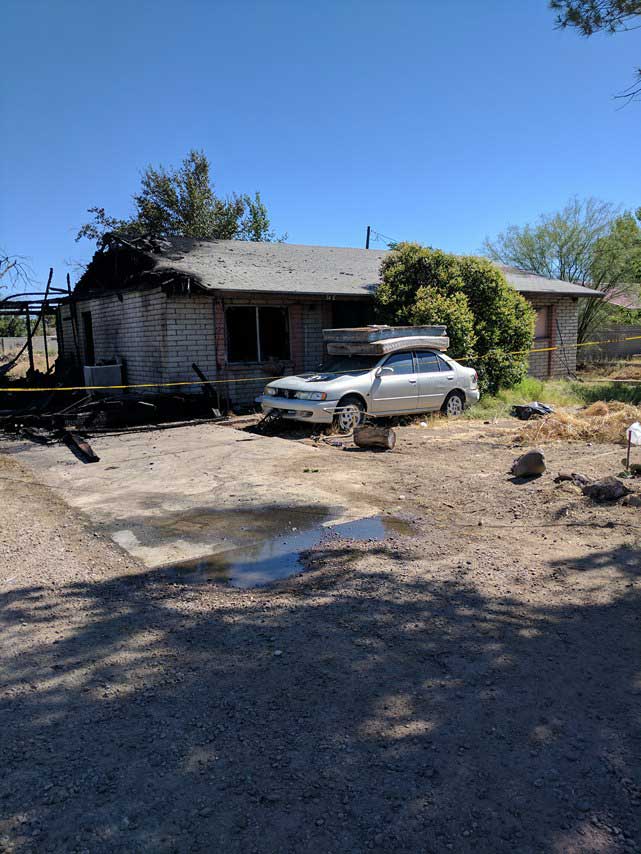 Contributed photo/ Courtesy of Emily Rhinehart: Although nobody was home, and no one was hurt, Pima authorities are calling the fire a highly suspicious case.

Sanchez was sentenced 1.5 years in prison on an endangerment charge and five years probation to be served after his prison term on Monday. He was given two five-year terms of probation on two separate counts of aggravated assault but the terms will be  served concurrently (at the same time.)

Sanchez was also forbidden from operating a vehicle ever again, as well as consuming any type of alcohol or drugs. Sanchez appeared in front of Graham County Superior Court Judge Michael D. Peterson, where he presented a plea agreement and pleaded guilty to two charges of aggravated assault – Class-3 felonies – endangerment – a Class-6 felony – and DUI to the slightest degree – a Class-1 misdemeanor. 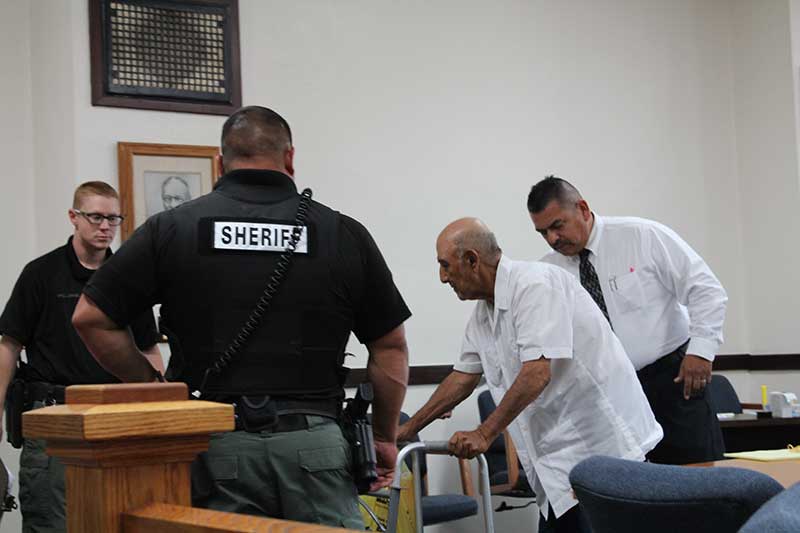