Pima – With cooking fires burning, the second annual Gila Valley Rotary Club Roundup was a delight to the tastebuds.

One of the chuck wagon cooks, Jack Grimm, told Gila Valley Central that most of the cooks travel around the state of Arizona to compete throughout the year.

Also present at the Roundup was the local branch of the National Barrel Horse Association (NBHA). Crystal Steed, who leads Arizona District 6, said the Rotary Club invited them to host a barrel race, in keeping with the western theme of the roundup. Competitors raced patterns around barrels and poles in the Vard Lines Roping Arena.

Thirteen adults and children competed, including 2-year-old Eli McKinney, who ran his first barrel race. His mother, Niki McKinney, led him around the barrels. She herself has been riding in rodeos since she was 12.

“We think rodeo is important because it teaches discipline and responsibility and gives our kids something to do when they get older,” she said. 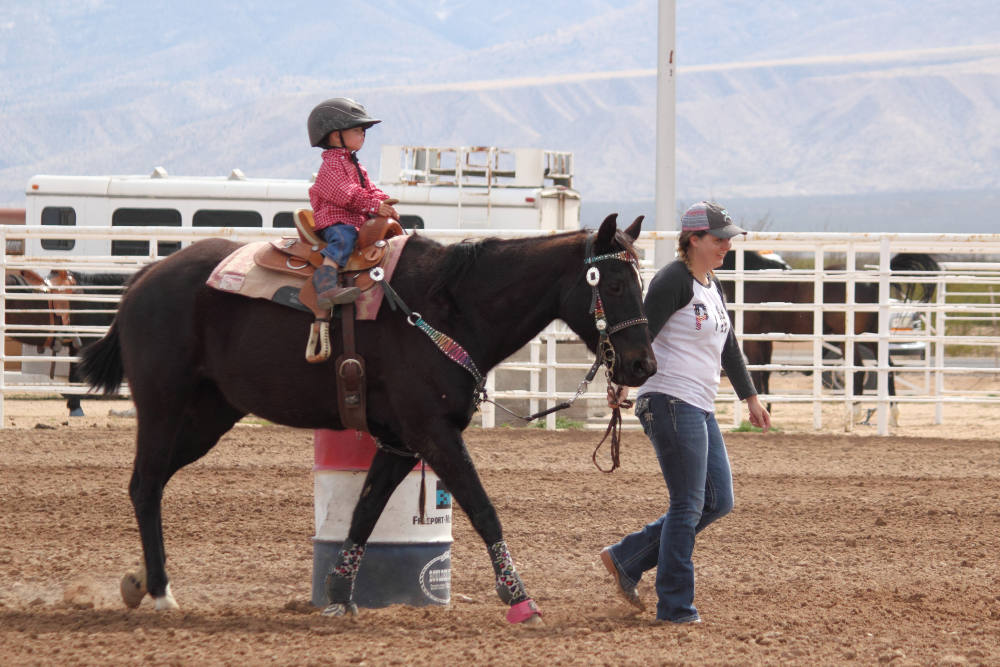 Steed said the NBHA is good for families.

“It’s really is important to the families in this area,” Steed said. We need someplace to go and do the things we love to do, which is involved with horses and families. What I love about NBHA is you don’t have to be the fastest runner to win.”

Paul Shulz, a member of the Gila Valley Rotary Club, told Gila Valley Central that there were several new elements to this year’s Rotary event.

“This is the second year the Gila Valley Rotary Club has sponsored a chuck wagon event,” Shulz said. “Last year, we had five chuck wagons here and this year we have six.”

Shulz said most of the people were coming out to the event just in time for the chuck wagons to serve their food.

“It seems like a lot more people are coming now when the chuck wagon is being served,” Shulz said.  “It’s been a really nice day weather-wise.” 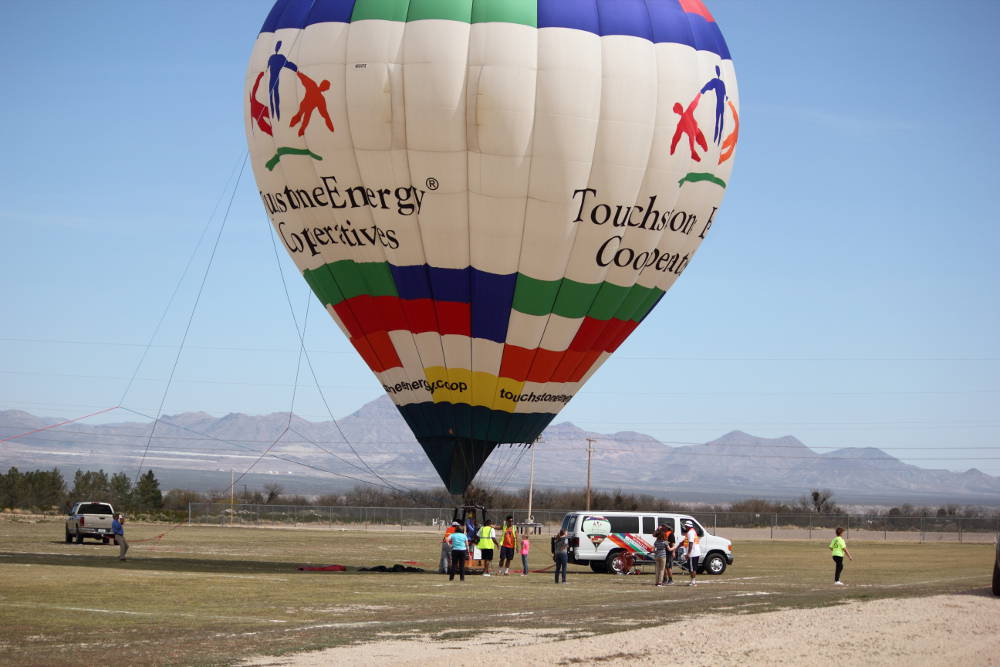 At this year’s Roundup, there were balloon rides, live music and roping as well as barrel racing. It was a beautiful day for the event, and the food was undoubtedly prize winning.

Eric Burk contributed to this article