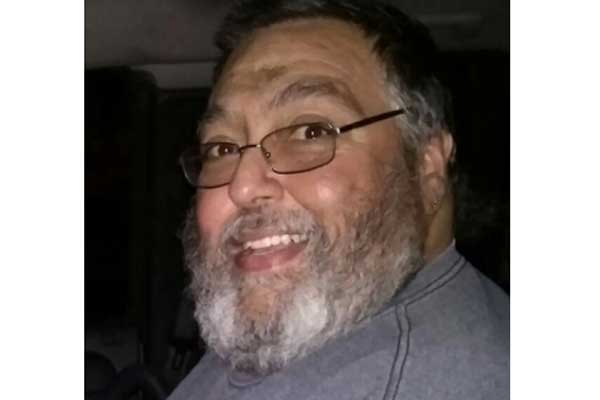 Robert A. Moreno, or “Bob” as he was known by his family and friends, was born on August 9, 1964, in Morenci, Arizona, to Johnnie and Norma Moreno.  He was the second of four boys.  Robert was preceded in death by his father, Johnnie McBride Moreno, his daughter Rosemary, his son Elliot, and his paternal grandparents Sixto and Louise Moreno.

Growing up, Bob enjoyed being outdoors, whether it was riding bikes, playing football in the street, playing baseball in the street, or playing hide and go seek until his dad whistled that it was time to come in.  Bob played little league baseball and was also involved in scouts.  He loved to go camping and fishing in the summer with his grandparents, brothers, and cousins.

Bob attended Morenci High School where he was a member of the band, played football, was a basketball manager, and threw the shot put and the discus for the track team.  During his high school years, Bob made up his mind that he was going to attend the police academy and become a police officer.  Upon high school graduation, he became a reserve officer for the Clifton Police Department prior to attending the police academy at CARLOTTA.

While attending the police academy, Bob made sure he came home on weekends so he could see and court the girl he had been in love with since he was in the second grade.  Upon graduation from the police academy, he was hired on with the Miami Police Department in Miami, Arizona, in May of 1985.  In October of 1985, he married his second-grade sweetheart, Stephanie F. Espinoza.  Bob became a sergeant in this department after only two years on the force.  He worked for the Miami Police Department for 10 years from 1985-1995.  During this time, Bob and Stephanie started their family.

The family would like to thank all of the nurses and doctors who took care of Bob at Banner University Medical Center, those at Mt. Graham Regional Medical Center, the Greenlee County Sheriff’s Department, Clifton Police Department, and the various ambulance crews who helped transport him.  The family would especially like to thank Dr. Jared Scott who went out of his way to help.  He did a great job of taking care of Bob and explaining things in a step-by-step process for him to understand.  We would also like to thank all of the family, friends, and well-wishers who sent thoughts and prayers our way.

A Mass of Christian Burial for Bob will be conducted Saturday morning, May 5, 2018, at 10:00 a.m., at Holy Cross Catholic Church by Rev. Nathaniel Mma. Committal will follow in the Safford Cemetery.