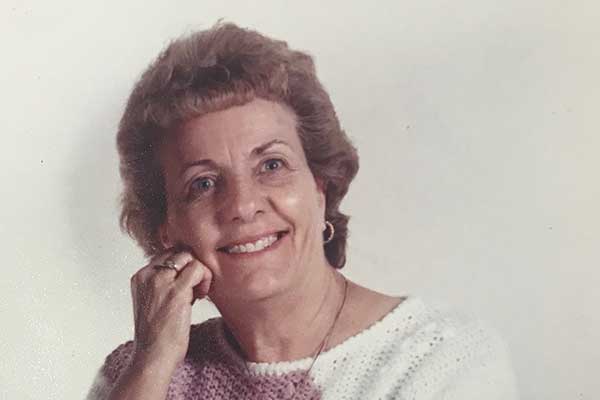 Peggy Crawford, 83, passed away Friday afternoon, April 27, 2018, at her home in Duncan, Arizona, surrounded by her family.

Margaret June “Peggy” Crawford was born on July 8, 1934, to Trav and Margaret Davis. She was number five out of eight Davis children raised on the family ranch in the York Valley. She attended Duncan Schools graduating with the class of 1952.

Peggy met a cowboy at a rodeo in Lordsburg, NM, and she married that cowboy, Johnny Crawford, on May 24, 1952. Johnny and Peggy began their married life in Deming, NM, living the ranch life they both knew and loved. They moved back to Duncan in 1966, when Johnny went to work for Phelps Dodge. They made their home in Duncan raising their three children; Buff, Jonnie Faye and Kathy.

Peggy went to work for Duncan Schools in 1974. She was a teacher’s aide for many different grades, moving to the position of elementary school secretary. She was able to be there for four of her six grandchildren, plus hundreds of other children whom she considered to be her own.

Peggy joined Johnny in retirement in 1992. They spent the majority of their time traveling between home and where their daughter Jonnie Faye was living at the time, along with traveling across the Southern Sates visiting various relatives and good friends.

Peggy spent countless hours working alongside Johnny with 4-H kids and keeping books for many Jr. rodeo’s and gymkhana’s. They were both very involved in the FFA and many other local youth programs where they were passionate about working with the youth.  Peggy taught many LDS Primary and Young Women’s classes. One of her dearest friends today, Beth Hansen, was in one of her Young Women’s groups, a true testament to her impact on everyone she encountered. Peggy coached the LDS Young Women’s softball team for many years, having many winning seasons. Once again enjoying working with the youth of the community.

Peggy loved watching sports, especially her UofA Wildcats, Arizona Diamondbacks and anything tennis. She was always a great supporter of her children, grandchildren and great grandchildren, in everything they did. From watching ball games to rodeos to school activities, she was there. She was so loved by all of her family and friends.

Johnny and Peggy were married for 65 years and even though dementia robbed both of them in their later years, Johnny always made sure Peggy knew how much he loved her and how lucky he was to have her.

Peggy was preceded in death by: her loving husband, Johnny, by 7 months, as he passed away on September 28, 2017; also by her daughter, Jonnie Faye McIntyre; as well as her son-in- law, Larry McIntyre; her parents, Trav and Margaret Davis; sister, Joy (Ted) Fink; brothers, Buddy Davis (Charleen), Jim Davis, Jerry Davis (Patsy) and Tommy Davis (Sherry).