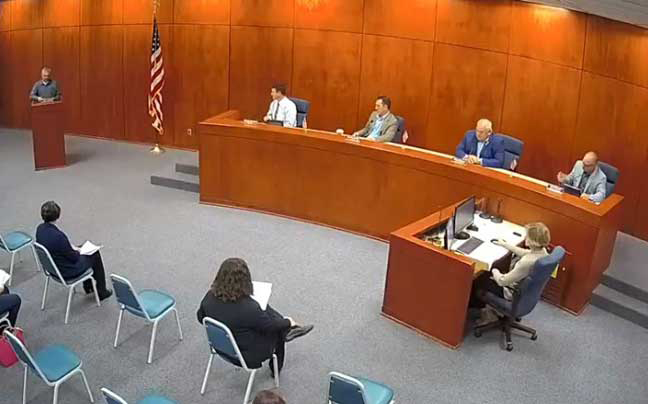 The Graham County Board of Supervisors met Monday in Safford and considered the rezoning of two parcel in Geronimo for the purpose of growing marijuana. Both rezonings were unaninmously denied. - Contributed Photo

SAFFORD — Graham County has said no to a marijuana farm in the Geronimo area, and delayed action on changing the county’s zoning code when it comes to marijuana farms.

The board voted unanimously Monday to reject the requests to rezone two parcels of land — one on West Larson Farm Road and the other on North Diamond Bar Road — from general land use (A zoning) to unlimited manufacturing (M-X zoning) for marijuana cultivation.

Supervisor John Howard said his concern was security in that area, especially given its proximity to the San Carlos Apache Reservation.

“With the history of that area down there — and I don’t know where I should go with this but — I’ve lived here all my life and with activities that took (place) there at the old Geronimo area, there was a lot of crime. There were actually murders, shootings (and) stabbings (so) security bothers me a great deal,” Howard said.

Supervisor Paul David proposed beginning the process of amending the county’s zoning code as it pertains to the growing of marijuana, a process that would require public input. But, after an executive session for consultation with the County Attorney, David withdrew his motion.