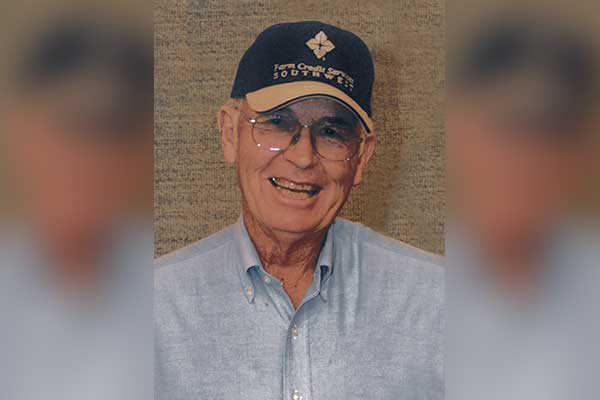 Afton Ray Tyler, “Ray” to all who knew him, returned to his heavenly home Friday, September 6, 2019, in Tucson, Arizona, surrounded by loving family. He was 80.

Ray and his twin brother, Elton Ross Tyler, were born on the first day of spring, March 20, 1939, in Ft. Thomas, Arizona, to Mary Brown Tyler and William Oscar Tyler.  Their mother didn’t know she was expecting twins. After the first one was delivered, she was told, “there’s another baby in there.” She said, “but, I only wanted one!” The twins joined a family of three sisters, Lucille, Carol and Norma, and three brothers, Loren, Kent and Ivan.

Ray grew up on a dairy farm in Ft. Thomas until his early high school years and then the family relocated to a dairy farm near Tolleson, Arizona. Ray has always had a love of farming and grew his first cotton crop while in high school. Ray graduated from Tolleson Union High School in 1958.

Ray served a two-year mission for The Church of Jesus Christ of Latter-day Saints from 1959-1961. In 1962 Ray enlisted in the United States Army and became a pilot flying caribou planes (transport planes) and flew in Vietnam one year. This started his love of flying, which never ended.

After serving four years in the Army, Ray returned to Arizona and enrolled at Arizona State University in January 1966. This is where he met his future wife, Janette Barney, from Duncan, Arizona, who was working as a secretary in the Chemistry Department. They were married July 12, 1968, in the Mesa Arizona Temple.

Janette’s parents, Warren and Emma Barney, in Duncan, had agreed to sell them part of their farm so they left the big city life and became farmers for the next 50 plus years. Ray did what he loved second best (flying being his first love).

In 1996 he purchased his first cattle ranch and in 1997 became partners with Richard Lines on another ranch. Ray loved the farm and ranch life and often put his work above his family, but his family knew he was trying to provide the best living possible for them. His children all helped out on the farm growing up. Vacations were few and far between.

Ray has been a lifelong member of The Church of Jesus Christ of Latter-day Saints and has served in many positions in the church. He loved helping people and making people laugh.  We will all miss his great sense of humor!

You never saw Ray without his best buddy with him, his beloved dog, Hank.

Funeral services for Ray will be conducted Saturday, September 14, 2019, at 10:00 a.m., at the Church of Jesus Christ of Latter-day Saints Duncan Stake Center by Bishop Jayce Lunt of the Duncan Ward. Concluding services, with military honors, will follow in the Duncan Cemetery.