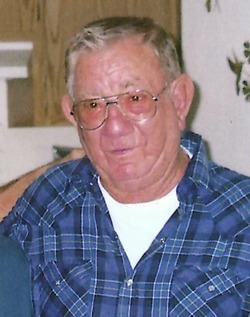 Ray B. Leyva, Jr., 84, entered peacefully into eternal rest in the early hours of January 3, 2016 surrounded by his loved ones following a lengthy illness.

Ray was born on July 27, 1931 to Raymundo and Victoria Leyva. He was the second of seven children.

He attended Pima schools until he had to leave school to work as a farmhand to help support his family. He joined the Army at a young age. After returning from the Korean War, he married the love of his life, Ramona Garcia, on January 27, 1952. During their marriage, they were blessed with their children; Eddie Garcia, Jim Leyva, Joe Leyva, Diane Leyva and Patti Leyva.

He worked as a miner for 20 years and then returned to the Gila Valley as a cotton farmer for 20 more years until he retired in 1992.

He enjoyed camping, fishing and hunting with his grandchildren until his age and health prohibited it.

A very special thank you to his granddaughter, Kristi Keiffer, for all the love and care she gave him.

He was preceded in death by his loving wife Ramona.

A viewing for Ray will be held on Saturday January 9, 2016 from 10 to 11:30 a.m. at Caldwell Funeral Chapel, followed by a graveside service at the Pima Cemetery at 12 p.m. Interment will immediately follow.