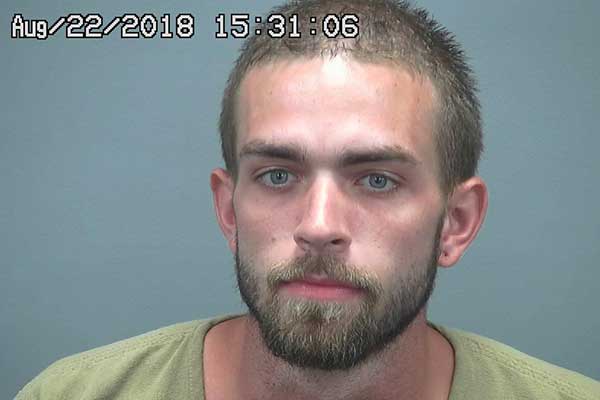 SAFFORD – Police met with a woman at her residence last Wednesday regarding her son’s bike that had been stolen. The woman reported that on Sunday, a few days prior, their family had gone to church and when they returned, they noticed their son’s bike was missing. She stated that she had just been able to get video from their surveillance of the incident. The officer viewed the video on the woman’s computer. A Caucasian male could be seen standing at the corner of the address drinking some water. The man then walks to the front of the residence and knocks on the door. A red BMX bike is seen leaning against a pillar near the front door. After no one answered the door, the man got on the bike and rode east on 16th Street. The woman stated the bike was worth between $75 – $100. The woman stated she was going to post pictures of the man on her Facebook page.

Later, after the officer’s shift ended, the woman contacted them to report several people on Facebook identified the thief as Samuel Mitchell. The woman then recognized the man as a childhood neighbor. When the officer looked up a recent booking photo, it matched the identity of the man viewed on the surveillance video taking the bike. The officer also discovered a local warrant for Mitchell’s arrest. The officer drove to the address that was on file, but was unable to make contact with Mitchell. Shortly after, another officer informed the first officer that they had Mitchell in custody at Walmart for the warrant. The officer drove to Walmart to speak with him about the theft. At first he denied any knowledge, but when the officer informed him of the surveillance video and the victim recognizing him from their childhood, Mitchell admitted he stole the bike.

Mitchell was transported to the police station where he explained he wanted the rims off the bike so he could put them on another bike he was working on. He stated after he knocked on the door, he decided to take the bike but then realized it must belong to a little kid because it was a small bike. Mitchell stated he wanted to get off the bike and give it back but thought he would get caught putting it back, so he just rode off. Mitchell reported he felt bad so he didn’t take anything from the bike and put it in the back of his friend’s house and that it should still be there.

Authorities located the bike and it was later returned to the victim. Mitchell was booked into jail for theft and two active warrants.