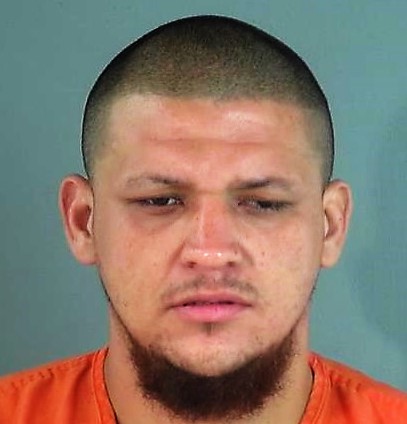 Contributed Photo/Courtesy GCSO: Abran Bejarano was booked into the Graham County Jail on Saturday after allegedly stealing a Ford Expedition from Kempton Chevrolet.

SAFFORD – “Those who cannot remember the past are condemned to repeat it.” – Philosopher George Santayana

A Safford man was returned to jail mere days upon his release from custody after being accused of committing new multiple felonies.

Abran Christopher Bejarano, 29, was arrested and booked into the Graham County Jail on July 16 after allegedly fleeing law enforcement in a sport utility vehicle that was reported stolen that morning from the Kempton Chevrolet vehicle dealership.

Bejarano was released from jail on July 13 after being arrested on warrants for a probation violation and failure to appear in court on a shoplifting charge. On July 15, Bejarano was given an additional citation for shoplifting after being caught in the Thriftee Food & Drug parking lot with two cartons of cigarettes he allegedly pilfered from the store. The cigarettes were valued at $165.59. The next day, Bejarano was accused of stealing something much bigger.

Authorities were dispatched to Kempton Chevrolet at 713 W. 5th St. at about 8:12 a.m. regarding the theft of a silver, 2013 Ford Expedition, valued at $29,000. According to a Safford Police report, an employee said Bejarano initially showed up at the dealership at about 7:30 a.m. before the business was open for the day and inquired about working as a car washer. After being told there was not an open position, Bejarano left the showroom and the employee went about his business. Soon after, however, the employee noticed Bejarano had reentered the showroom and was going through a key ring where a variety of keys were stored overnight. The report states Bejarano took a set of keys for the Expedition and told another employee he was going to take it for a test drive. The dealership’s co-owner, Kip Kempton, told Gila Valley Central that Bejarano did not follow store protocol when requesting a test drive and instead strong-armed his way into a vehicle and took it off the lot without permission.

“He kind of forced that key out of our employee’s hands,” Kempton said. “My employee was a little bit scared by the guy – intimidated by him – so he did what he did. I think he probably handled it as good as he could because you don’t want to have a confrontation or get into a situation and get somebody hurt either.” 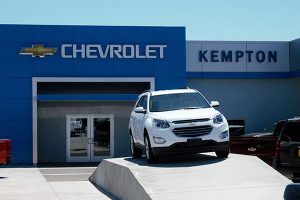 After Bejarano left in the Expedition, employees wrote down the license plate number of a silver Ford Mustang that Bejarano had driven to the store. By the time officers arrived at the dealership, however, the Mustang was no longer there.

Officers pulled the registration to the Mustang based on the license plate information. After seeing who owned the car and the description given regarding the alleged thief, an officer pulled up a booking picture of Bejarano, which was positively identified by employees as the person who stole the SUV.

Officers then located the Mustang at Bejarano’s grandmother’s house. The owner said Bejarano told her that he was now washing cars at Kempton’s and took her to retrieve her Mustang. She said she didn’t know where he went after he dropped her off.

At about 9:14 a.m., officers spotted the stolen Expedition in the 900 block of Relation Street. After following it along 8th Avenue to 8th Street, an officer attempted to engage a traffic stop by activating his patrol unit’s overhead emergency lights and then its siren. Bejarano failed to yield, however, and instead drove back to the Kempton used car lot area.

At that time, officers performed a high-risk stop with their guns drawn and discovered Bejarano driving, along with his girlfriend, Crystal Sierra, 28, in the front seat and her two juvenile children in the back seat. Bejarano and Sierra were detained for interrogation and the children were picked up by a relative.

During questioning, Bejarano said he was a past customer of the dealership and that he was just test driving a new car. He said he didn’t realize the officers had attempted to pull him over and that he didn’t hear the siren.

However, Sierra allegedly told officers that Bejarano did hear the siren and told her he didn’t want to pull over for the officer because the SUV belonged to a friend of his and he didn’t want it to be impounded. A search of Sierra’s purse yielded a plastic bag with seven peach-colored pills. The pills turned out to be Carisoprodol, a generic form of the prescription drug Soma, which is a muscle relaxant. Another Carisoprodol pill was also found in a zebra-colored handbag located in the front passenger seat.

Bejarano was then arrested and booked into the jail on charges of theft of means of transportation, unlawful flight from pursuing law enforcement and driving on a suspended license.

Sierra was released at the scene but was informed possible charges of possession of a dangerous drug were pending.