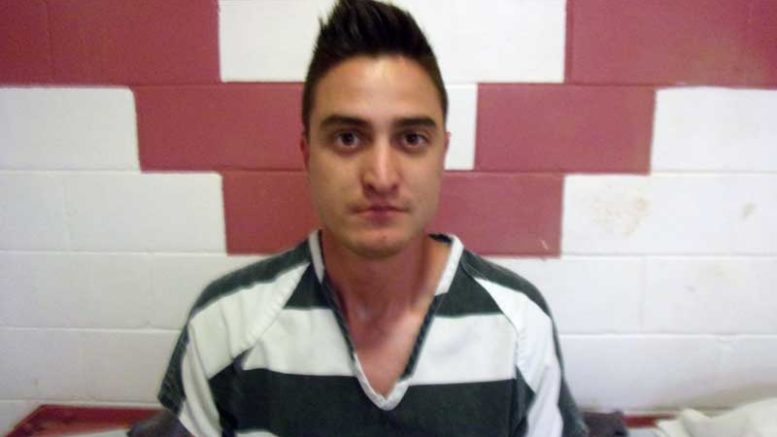 Truck was taken from Kempton Chevrolet in Clifton

CLIFTON – A Clifton man who was arrested for who stealing a pickup truck reportedly told police he heard voices telling him to take the truck from a vehicle dealership in Clifton.

According to a report by Clifton Police officer Jamie Clark, Justin De La Garza, 29, was taken into custody and charged with theft of means of transportation.  The vehicle, stolen from the Kempton Chevrolet dealership, was recovered at De La Garza’s home on Redwash Lane in Ward’s Canyon.

Art Holguin, the dealership’s manager, reported the 2017 Chevy Silverado Z71 missing Wednesday, July 19. The vehicle was reportedly stolen the previous day. That is when friends of De La Garza, who were questioned by police, said they first saw the truck in De La Garza’s possession. The friends said the man told them he had received it as a “gift.” 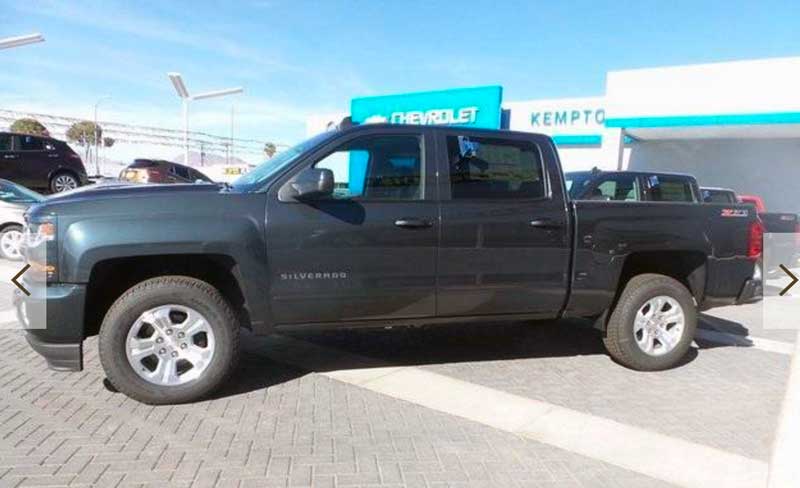 Contributed Photo: The stolen truck resembled this one still on the lot.

That is also what he also told Clark.

The officer responded to a call from Holguin about the missing vehicle at about 9:14 a.m. on July 19. Clark suggested to Holguin that he call OnStar, a service that can track the location of vehicles. The manager did so and OnStar responded with an address on Redwash Lane.

Clark contacted a woman who lives at the given address and she said she had not seen a new Chevy pickup truck on her property. Clark then went next door to a trailer home, where he saw the new truck parked. The truck was the same make and model as the one reported stolen, but someone had taken a license plate from a 1986 broken down truck on the property and placed it on the stolen truck, removing the Kempton dealer plate.

Clark said that as he arrived at the trailer home, two men emerged. One of them proved to be De La Garza. He said he told the two, “Obviously, you guys know why I’m here.” The man accompanying De La Garza responded, “The truck.”

De La Garza said, “What about my truck?” Clark asked him if had bought the truck, to which De La Garza responded, “It was given to me.”  The officer asked, “by who?”  Lagarza said, “I was told to take it.” 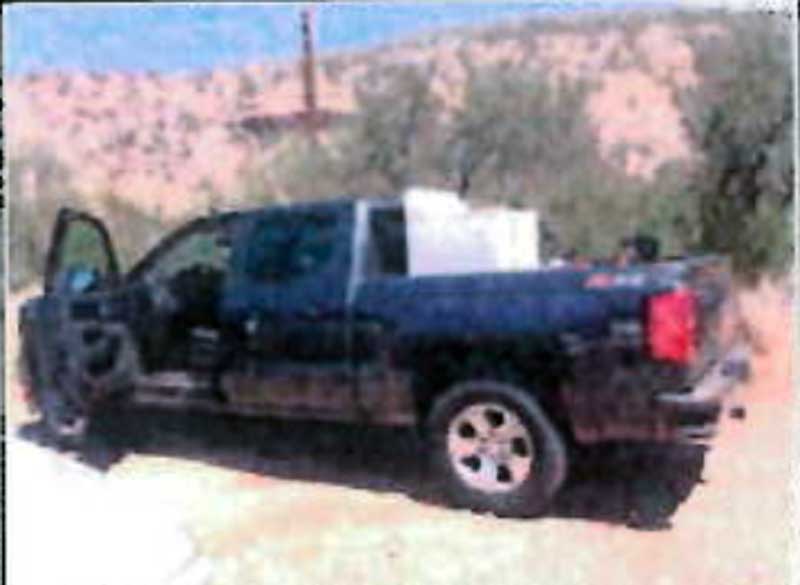 Contributed Photo/Courtesy Greenlee County Attorney’s Office: The truck was located by OnStar and had a bicycle and washing machine in the bed.

The officer said he repeatedly asked De La Garza how he obtained the truck and the man refused to answer.

Greenlee County Sheriff’s deputies Kyle Gibbs and Levi Mortensen arrived at the scene to assist Clark. Gibbs and Clark again asked De La Garza about how he came into possession of the truck. The man told the officers, “I hear voices dude.” He added, “I don’t even know how long I’ve had it. I don’t even know what today is.”

De La Garza was placed under arrest and booked into the Greenlee County Jail on a charge of theft of means of transportation. He remained in custody as of Monday, July 24, and was scheduled for a court appearance Tuesday.

Holguin said the key was left in the truck after a potential customer took the vehicle out for a test drive and the key had not yet been retrieved when Lagarza reportedly stole it.