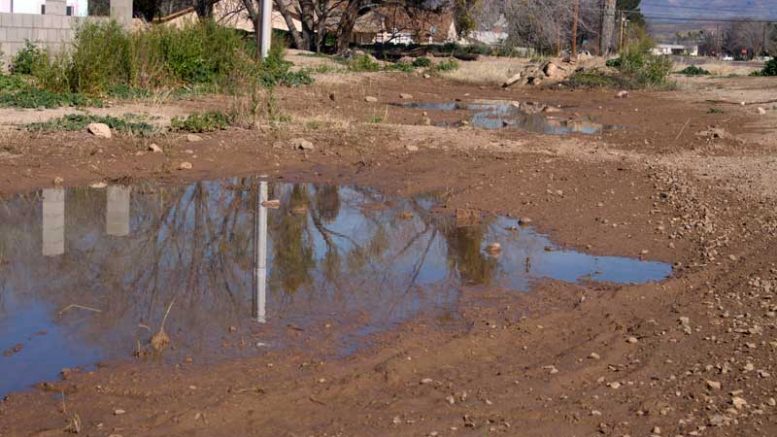 Jon Johnson Photo/Gila Valley Central: The Pima Town Council voted 3-2 to approve a $10,000 appropriation to alleviate a drainage issue at the intersection of 100 West and 200 South.

PIMA – Standing water breeds mosquitoes, and with the threat of disease, including the Zika virus, the Pima Town Council is looking toward eliminating as many drainage issues around town as it can.

Pima Public Works Director Dennis Lines gave a presentation to the Pima Town Council at its Feb. 7 meeting and gave a suggestion to alleviate a drainage issue at the intersection of 100 West with 200 South. 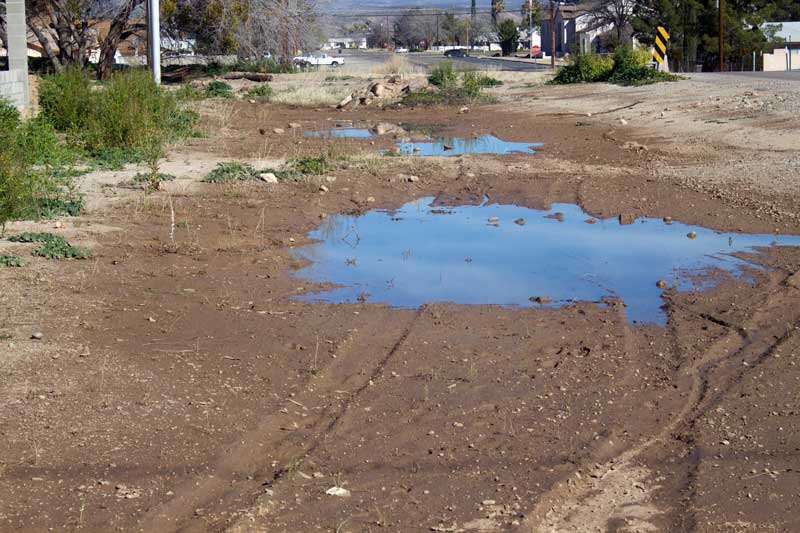 Jon Johnson Photo/Gila Valley Central: The intersection of 100 West and 200 South has a problem with being a muddy quagmire.

“We went and surveyed the problem,” Lines said. “It’s going to take a lot of fill, a lot of compaction. Even then, there’s going to be minimal drainage, but hopefully it will eliminate the mud holes there.”

Lines said the intersection has been a problem for several years and, now that a new home was built at the site, the homeowner has a problem of having a wet bar ditch next to his house with standing water. The opposite side of the 100 West is also a problem, according to Lines, and the sidewalk and walk bridge goes underwater just about every time it rains. He said there are also several other places in Pima with a similar situation.

“There’s a lot of things we can fix around Pima,” Lines said. “All we need is money.”

Pima Mayor C.B. Fletcher said the area had to be sprayed for mosquitoes last year multiple times due to the standing water enabling a breeding ground and called fixing the situation necessary due to the health consequences.

Lines suggested building up the area to force water to drain into the top of the Smithville Canal. He said to fix both sides of the road would cost about $10,000 in materials. Vice Mayor Dale Rogers then asked if there would be a problem draining water into the canal. 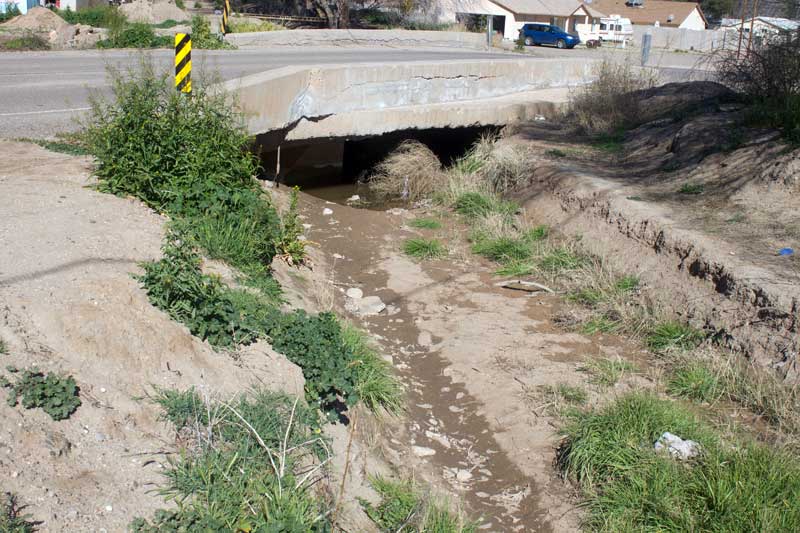 “Every time we add water to the Smithville Canal there’s a problem because during monsoon season there’s flooding already,” Lines said. “At any given time, they (Gila Valley Irrigation District) can stop us from pumping water into it, yes.”

Last year multiple parts of the District’s canals overfilled with water during heavy rain and resulted in flooding in various parts of the town.

Pima Town Manager Jeff McCormick informed the council that there were two separate line items the town could utilize in its budget to pay for the materials. Councilor Deborah Barr asked Lines if the District would approve the plan to divert the water and Lines said it could likely be receptive due to a forthcoming request it will have of the town. Lines did not elaborate on what that request will be.

Barr suggested to table the item, but McCormick recommended to move forward with approval of the expenditure with the contingent that it not be spent prior to the District approving the plan.

Barr and Councilor Sherrill Teeter expressed their opposition, and cited not having financial information to make a decision whether the town could afford the project.

“Well, as the financial director, I can tell you that there is enough money,” McCormick said. “The money has been budgeted. The money is in the budget.” 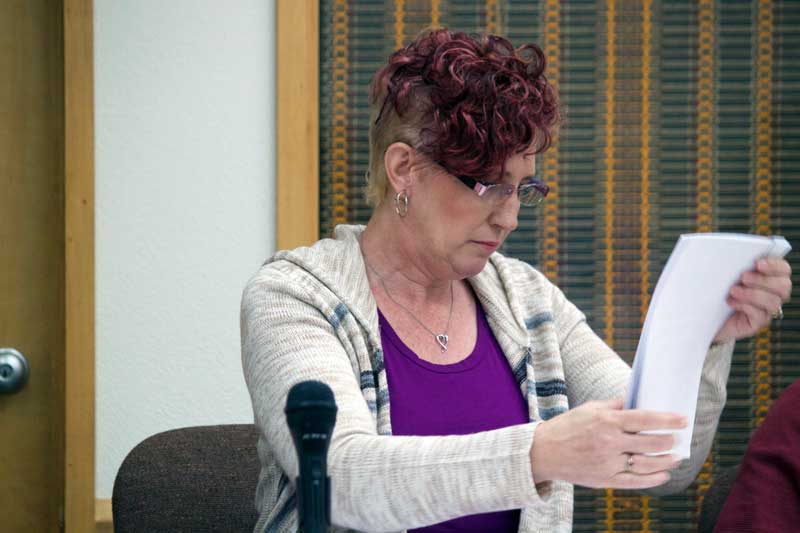 As McCormick spoke, a bit of contention arose as Councilor Teeter interrupted him and asked why the council did not have readily available financial information as is available to other municipalities’ councils and the general public at large.

Mayor Fletcher then advised that the question at hand was whether to approve the use of funds for the project contingent on the District’s agreement. Rogers made that question in the form of a motion, which then passed three to two, with Fletcher, Rogers and Councilor Jesus “Chuy” Cabrera voting for the action, with Barr and Teeter against.