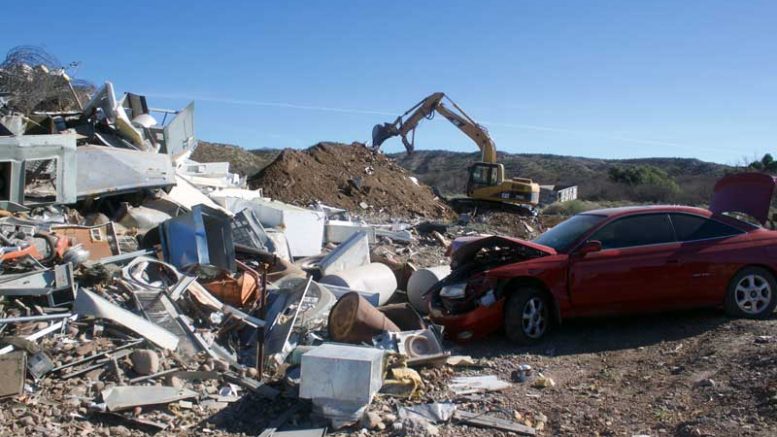 Jon Jonson File Photo/Gila Valley Central: Pima should have a contract to vote on at its next council meeting to start a drop-off recycling program in town thanks to Metal Mite Recycling.

PIMA – Taking a slow and cautious approach, the town of Pima and Metal Mite Recycling want to make sure the recycling program they develop is both beneficial to all and be a welcome amenity to the town’s residents.

After initially discussing the matter at its February meeting, the Pima Town Council unanimously voted at its meeting Tuesday to direct Pima Town Attorney Travis Ragland to draft a contract between the town and Metal Mite Recycling to provide recycling services. 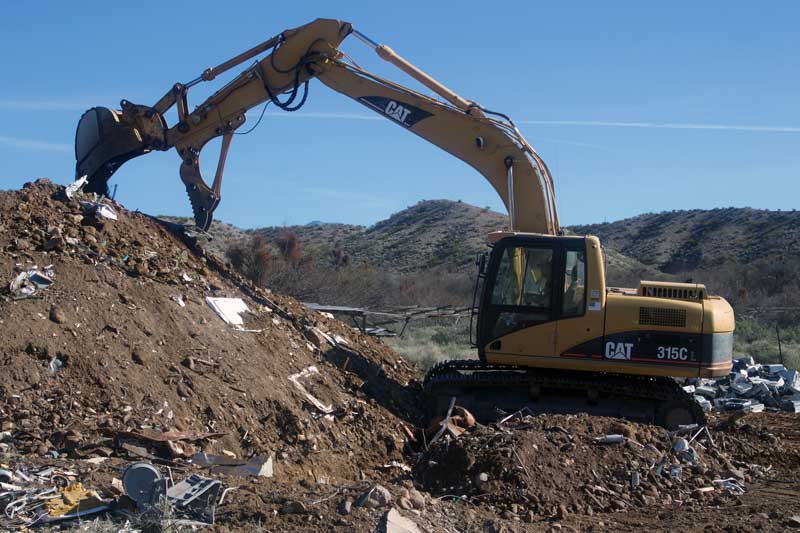 According to discussions with Metal Mite owner Ty Traylor and Pima Town Manager Jeff McCormick, the program will start with four drop-off bins located at the Pima Town Yard, which is across the street from the Head Start preschool. Initially, drop offs will be only allowed during working hours, but that could change with time, according to McCormick. Items allowed to be dropped off at the facility at its inception will be aluminum, plastic, cardboard and paper. Anyone with heavy metal will still need to take it to Metal Mite’s facility at 5900 W. Safford Bryce Rd. Those who drop off non-recyclable materials could be subject to a $500 fine, and the site will be under security surveillance.

“It will be secure,” McCormick said.

While the contract is yet to be written, Traylor has publicly agreed to take care of the site and to handle picking up all the recyclable materials and transport them to his business at no cost to the town. Rather, Traylor said he will pay the town for the material as if it had been dropped off at his facility. For its part, the town has said it plans to have one of its inmate laborers periodically check the area to see if any of the bins need to be emptied and the general area for cleanliness.

Traylor also told the council that he is in talks to join together with other recyclers to pool their resources to begin transporting material directly to Mexico to be recycled, which, if it comes to fruition, would allow for higher payouts up to 30 to 40 percent.

“It would allow me to buy materials from the public at a higher price,” Traylor said. 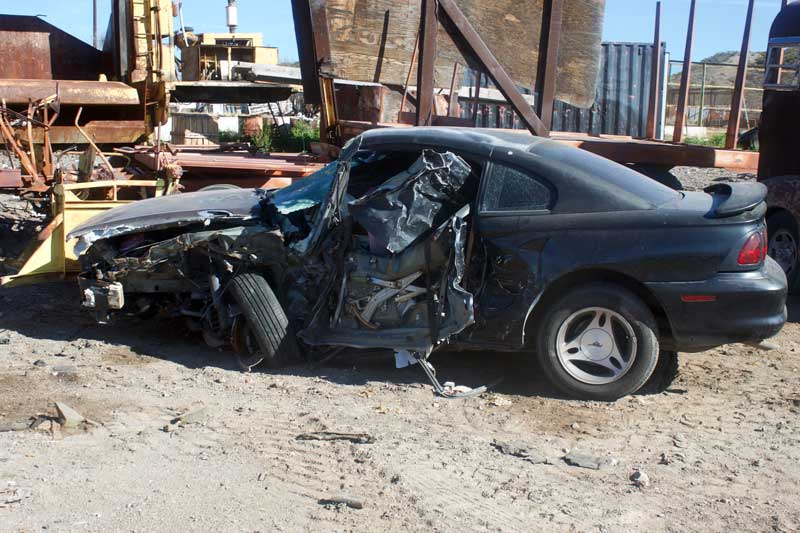 Jon Johnson Photo/Gila Valley Central: Initially, heavy metal will still have to be dropped off at Metal Mite’s facility.

The city of Safford runs a residential recycling program where each trash customer has their own bin, and the town of Thatcher has initiated a recycling program with several drop-off sites. Both Safford and Thatcher contract with Friedman Recycling to transport materials from the Safford Regional Landfill to its sorting facility.

Pima Mayor C.B. Fletcher expressed his support for the program and commented on how he recently saw a report where recycled plastics were being used in making roads and that the roads were supposed to last up to 25 percent longer than roads made with regular petroleum products.

The contract for Pima’s recycling program is scheduled to be up for discussion and action at its next meeting in June. McCormick said should it pass, the program should be up an running shortly thereafter.