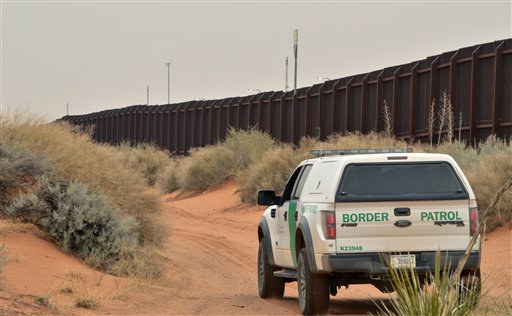 PHOENIX – A Guatemalan national wanted in his native country for aggravated homicide was repatriated on Wednesday, by U.S. Immigration and Customs Enforcement’s (ICE), Enforcement and Removal Operations (ERO), and was transferred to the custody of the Guatemalan National Civil Police.

Gersson Gonzalez-Mayorga, 25, came into ICE custody on Jan. 20, 2016, after apprehension by the U.S. Border Patrol. At that time, he was detained for illegal entry, and placed into expedited removal proceedings.

On Feb. 2, 2016, Guatemalan authorities notified ERO that Gonzalez-Mayorga was subject to an outstanding arrest warrant for murder, in connection with the assassination of a Guatemalan woman. The victim was allegedly killed by Gonzalez-Mayorga upon leaving her residence.

“ERO Phoenix is committed to removing foreign fugitives from the United States who are being sought in their native countries for serious crimes,” said Henry Lucero, field office director for ERO Phoenix. “The return of this alien to face criminal charges in Guatemala is the result of ongoing cooperation between ICE and our foreign counterparts. Foreign fugitives should be put on notice – they will find no refuge here.”

This arrest was part of ERO’s Security Alliance for Fugitive Enforcement (SAFE)
Initiative. The SAFE Initiative is geared toward the identification of foreign fugitives who are wanted abroad and removable under U.S. immigration law. Those repatriated as part of the SAFE Initiative have been deemed ineligible to remain in the United States and wanted by Guatemala’s Policia Nacional Civil (PNC). SAFE aligns with ERO’s public safety priorities and eliminates the need for formal extradition requests.

Members of the public who have information about foreign fugitives are urged to contact ICE by calling the ICE tip line at 1-866-347-2423, or internationally at 001-1802-872-6199. The public may also submit a tip online by completing the ICE online tip form.