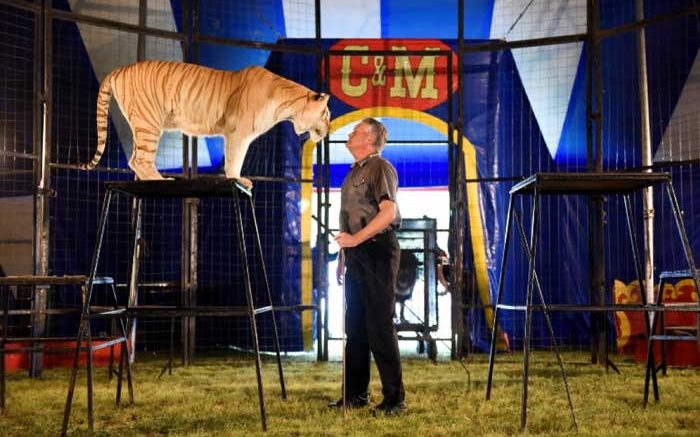 PETA discourages the use of animal acts at Culpepper & Merriweather Circus, which will perform two shows in the Gila Valley on Tuesday, April 11, at 5 and 7:30 p.m.

Re: ‘Big Top Circus Is Coming to the Gila Valley’ (March 22)

Culpepper & Merriweather Circus continues to ignore the writing on the wall. People are rightfully appalled that circuses keep animals chained and inside small cages and threaten them until they have no choice but to perform confusing, often painful tricks.

This “mood shift” is why Ringling Bros. and Barnum & Bailey Circus will soon go dark, Cole Bros. Circus didn’t tour in 2016, and the Big Apple Circus recently filed for bankruptcy. The traditional circus business model, which was built on the suffering and exploitation of animals, is crumbling.

Culpepper & Merriweather Circus also habitually violates federal animal-welfare laws. The U.S. Department of Agriculture (USDA) suspended its license in 2011 after finding that the circus “willfully failed to develop a plan of veterinary care” and “demonstrated a shockingly cavalier attitude regarding the health and safety of animals.” It has also been cited for failing to provide animals with shelter from the elements and enough space to make normal postural adjustments as well as for hiring inexperienced handlers.

According to the USDA, three tiger cubs born while the circus was on tour were taken from their mother to be raised by a circus worker. Two died within weeks of their birth, and the third was seized by inspectors after they found him confined to a dog carrier in the hot cab of a truck.

It isn’t just animals who are at risk. The circus was cited for failing to maintain the structural strength of a pen used to house a lion and two tigers, and it stopped using elephants following a series of escapes—including one in which the animals, who were spooked by a carnival ride, were on the loose for hours and repeatedly shot with tranquilizer darts.

Circuses that have made the compassionate decision not to use animals are flourishing. Culpepper & Merriweather Circus needs to follow their example—or like Ringling Bros., Cole Bros., and the Big Apple Circus, its days will be numbered, too.

Until then, remember that every ticket purchased sanctions the circus’s cruelty.