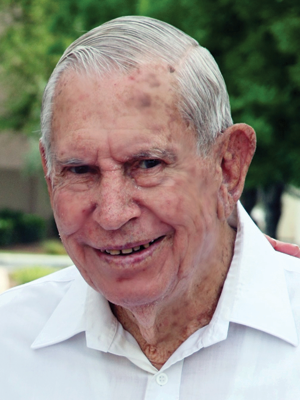 He attended schools in Mesa and graduated from Mesa High School. He then attended and graduated from motorcycle mechanics school with top honors.  Owen married Betty Jo Ozment on his 18th birthday, March 22, 1946, and they were married 51 years before Betty passed away in 1997.  He was a Masonry Contractor by trade and was a member of The Church of Jesus Christ of Latter-day Saints serving in many capacities.

Some of his hobbies and interests were leatherwork, building & remodeling homes, woodworking, beekeeping, drafting, mechanics, and was a “Jack of all Trades”.

Services are under the direction of McDougal’s Caldwell Funeral Chapel & Gila Valley Crematory.  Online condolences may be extended at www.caldwellfuneralchapel.com.