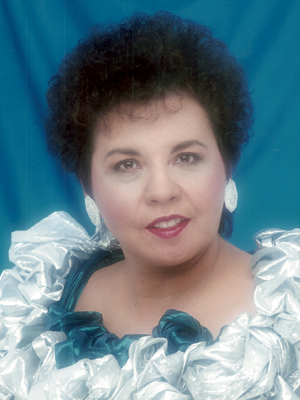 Jenny Christine Fohr, 65, of Safford, passed away on April 8, 2016, surrounded by her loving family. Jenny was born on October 3, 1950 in Morenci to Antonio and Elvira Reyna.

Jenny attended school in Morenci, and graduated in 1968. She later earned her associates degree from Eastern Arizona College and went on to be a corrections officer. Passing the Correctional Officer Training Academy (C.O.T.A.) was always something special to her.

On February 28, 1977, Jenny married the love of her life, Michael Fohr. They were married for 38 years and together had three children, Kimberly, Robert and Kristine. Jenny loved her family and always made time to attend her grandchildren’s sporting events. She also enjoyed her photography and many types of music.

She was preceded in death by her father, Antonio Reyna, daughter, Kimberly Munoz, and her great grandparents.

Services for Jenny will be on Thursday April 14, 2016, at St Rose of Lima Catholic Church beginning with a Rosary being prayed at 10 a.m. and Mass of Christian Burial to follow at 11 a.m. Interment will immediately follow in the Safford Cemetery.

Services are under the direction of McDougal’s Caldwell Funeral Chapel and Gila Valley Crematory. Online condolences may be extended at www.caldwellfuneralchapel.com.