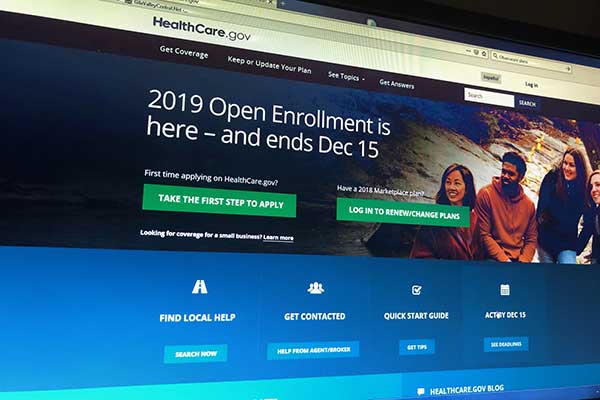 TUCSON, Ariz. — Open enrollment is under way for 2019 health insurance coverage through the Affordable Care Act, also known as Obamacare.

Health care advocates say the Arizona marketplace has expanded since its 2018 offerings, which limited each county to plans from just one provider. This coming year, people in Metro Phoenix will have a choice of plans from four companies, while those in Tucson can pick from among three providers. Arizona’s other 15 counties will still have only one provider for 2019.

Will Humble, director of the Arizona Public Health Association, said you should do your homework before choosing a new health plan.

“If you live in either Maricopa or Pima counties, you have more options. So, it’ll pay for you to spend a little bit more time, if you’re in one of those two counties, looking at the various options you have,” Humble said. “And, obviously, within each carrier plan there’s different marketplace plans that you can choose from.”

Humble said with more plans offered, Arizona enrollment is expected to rise and prices are expected to be the same level as last year, or lower, because of the competition. He added that depending on income, most people will be eligible for a federal subsidy to pay a portion of monthly premiums.

The deadline for ACA enrollment is December 15.

Health care advocates also warn that some brokers are selling short-term health plans which cost less but provide a much lower level of coverage than ACA plans, which by law must provide full coverage. Morgan Tucker, director at the advocacy group Protect Our Care Arizona, said short-term health plans – which she called “junk insurance” – can end up being almost worthless if you have a major injury or illness.

“You’re seeing advertisements that say things like ‘Premiums as low as $70 a month,’ and those are the junk plans,” she said. “They’re trying to disguise them as the same coverage as what the ACA plans provide.”

She said you should compare any plan you are considering to those offered on Healthcare.gov, the ACA Marketplace website. For no-cost assistance finding and choosing an ACA plan, go to CoverAZ.org, which will direct you to several groups and programs providing both telephone and in-person help.