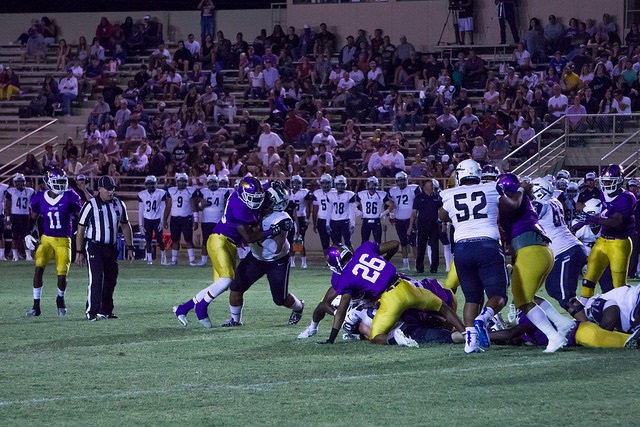 Eastern Arizona College will host the Snow College Badgers on Saturday at 7:00 pm for the WSFL Championship game. The Gila Monsters come into the game with an 8-2 overall record and are 5-1 in the WSFL. The Badgers are 8-1 overall and 5-1 in the WSFL.

The two teams are neck and neck for the leading rushing offense in the WSFL. Snow is the top rushing team, averaging 300.4 yards per game rushing and 34 touchdowns. EAC is just on their heels with a 258 yard per game average and 32 rushing touchdowns.

Snow also has a valid passing attacked throwing for 221 yards per game and 27 touchdowns. Eastern has only thrown for 341 yards all season. The Gila Monster defense will be tested with the league’s most potent offensive attack. The Badgers put up 64 points last week in their win over Pima.

Regardless of the outcome it will most likely be the final Western States Football League game for both teams. Pima College and the four Maricopa County Schools(Phoenix, Mesa, Scottsdale, Glendale) have already announced they will drop football after this season, all but ending the WSFL for good.

On June 14th Eastern Arizona College announced that they would review the viability of keeping football. “Football has been a valuable component of EAC’s educational experience for many years,” states EAC athletic director, Jim Bagnall. “There are only three teams left in the Western States Football League and we must determine if a schedule is viable, if we can operate within budget, and if it is possible to maintain a balance of costs and benefits. As stewards of public funds, EAC is responsible for the financial resources it has been entrusted with and will seek answers to these questions and more prior to determining the future of football past the 2018 season.”

146 days have passed since that announcement and there still has been no official word from Eastern Arizona College on the future of football.

If you are free Saturday night, make plans to catch the WSFL Championship game at Eastern Arizona College. You may just witness history.