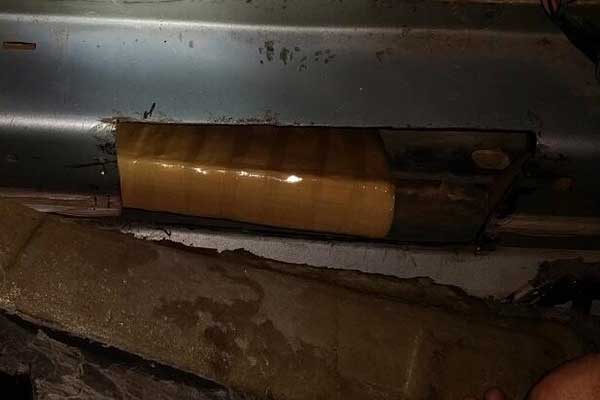 CBP officers at the Dennis DeConcini Crossing SENTRI lane referred a 28-year-old Mexican woman for further inspection of her Dodge sedan, as she attempted to enter the United States on Monday afternoon. After a CBP narcotics detection canine alerted to a scent it was trained to detect, officers discovered nearly 2 dozen packages, which were concealed within the vehicle’s rocker panels. The packages held nearly 51 pounds of cocaine, with an estimated value of in excess of $1.2M.

Officers seized the drugs as well as the vehicle. The subject was arrested and then turned over to U.S. Immigration and Customs Enforcement’s Homeland Security Investigations.