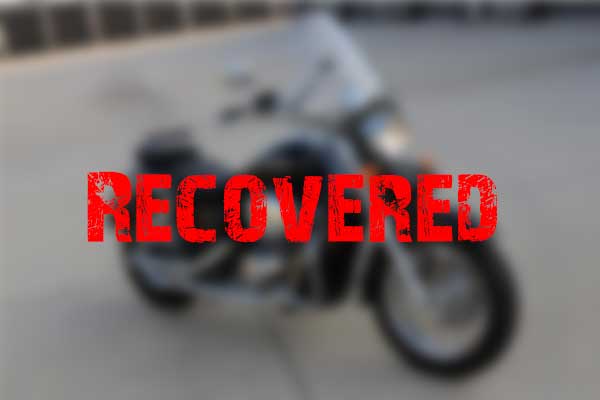 A Safford police officer was dispatched to the 200 block of 12th Street in Safford on Thursday, June 6 and approximately 10:00 PM in reference to a suspicious motorcycle.

The reporting party said that a black motorcycle was parked in front of their residence. They had given dispatch the Arizona license plate number but dispatch did not receive a return for the license plate.

When the officer arrived he found the motorcycle parked on the south side of the road facing westbound. There was a man, later identified as Terell Carter, sitting on the motorcycle. Carter told the officer that he had run out of gas and left the motorcycle to find somebody to take him to get gas but could not find anyone.

The officer met again with Carter and asked if he knew where the motorcycle’s VIN was located. Carter said that he was not sure, but the officer soon found it on the motorcycle’s gooseneck just below the handle bars. The officer telephoned the VIN number to dispatch and asked them to query it. Dispatch confirmed that the VIN returned as a stolen 1999 Honda from the Phoenix area.

Carter said that he had purchased the motorcycle from a man in Safford he had been doing some odd jobs for. He purchased the motorcycle for $250 and a small RV trailer. Another officer arrived and made contact by phone with the seller. The seller said that Carter had paid him the $250 approximately three weeks prior but had not delivered the trailer.

The seller said that he had received the motorcycle in a vehicle trade approximately two months earlier. He said that there was not a title for the motorcycle and he had intended to file for an abandoned title.

The officer told Carter that he could be charged with possession of a stolen vehicle. After securing contact information for Carter, he was released and the motorcycle was transported to the city yard and secured.